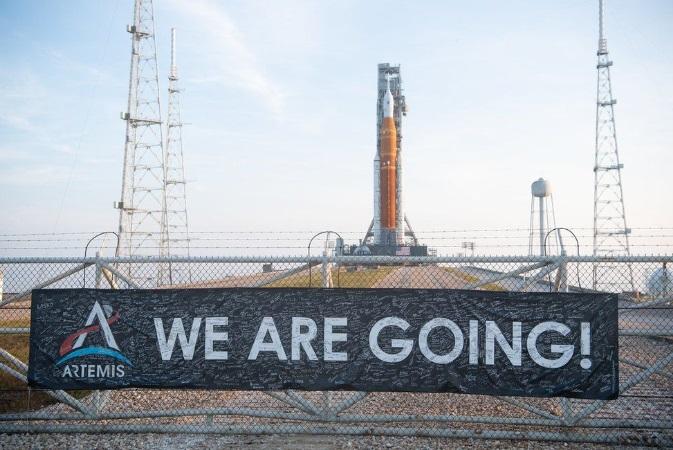 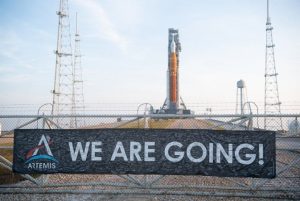 The American space agency, NASA has rolled out its giant new Moon rocket, surrounding the  Space Launch System (SLS) rocket and Orion spacecraft, the vehicle was moved to Pad 39B at the Kennedy Space Center in Florida ahead of the expected lift-off on 29 August. The near 100m-tall (328ft) SLS rode an immense tractor to the pad. The SLS will be used under the Artemis mission that will take humans back to the Moon his time with plans for a longer presence on the surface.

Nasa has promised that this third mission will witness the first woman to put her boots down on the Moon’s surface. A major objective of the test fight is to check the heatshield on the capsule can survive the heat of re-entry into Earth’s atmosphere.

About the Space Launch System (SLS):

About the Orion spacecraft:

Orion is a partially reusable crewed spacecraft to be used in NASA’s Artemis program. The spacecraft consists of a Crew Module space capsule designed by Lockheed Martin and the European Service Module manufactured by Airbus Defence and Space.