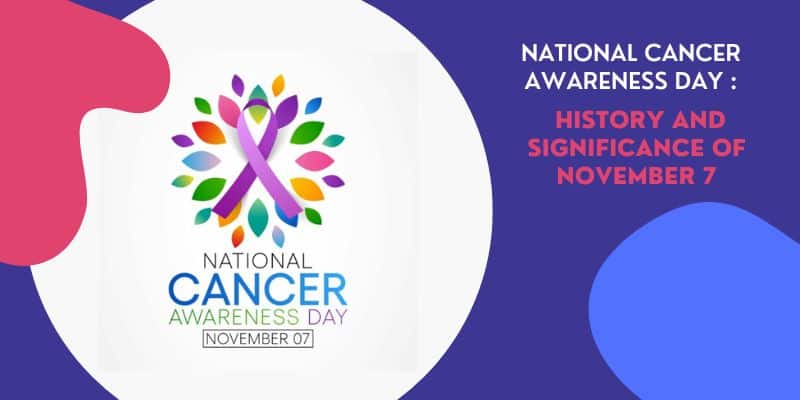 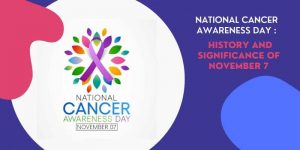 National Cancer Awareness Day 2022 is celebrated every year on 7th November in India. This day is important because it educates people about the serious risk of cancer. According to the World Health Organization (WHO), cancer is the second most deadly disease that causes death among people.

According to the World Health Organization (WHO), cancer is the second most deadly disease that causes death among people. The condition of people dying of cancer is a serious threat to India. In the year 2020, 8.5 lakh people in India died of cancer. For this reason, National Cancer Awareness Day 2020 is celebrated every year on 7 November to raise awareness about this type of cancer.

In India, the need for awareness about this condition arises from the fact that a large number of cancer cases are detected at a later stage, thus reducing the chances of survival. The objective of celebrating this day at the national level is to increase education and awareness among the people regarding cancer disease and to sensitize all the stakeholders including the government to take action.

National Cancer Awareness Day highlights what we can do to reduce the risk of catching the disease and provides knowledge on what symptoms that we should watch out for. Cancer is considered to be among the most common causes of death, which is why making people aware about it becomes even more important.

Union Health Minister Dr Harsh Vardhan first announced National Cancer Awareness Day in September 2014. He started a state-level movement on cancer control and encouraged people to report to municipal clinics for a free screening. A booklet talking about the early signs of cancer and how to avoid it was also distributed.

A significant step in the country against this deadly disease started in 1975 with the launch of the National Cancer Control Program which was started to facilitate cancer treatment in the nation. 10 years later, in 1984–85, the plan’s approach was revised to focus on early cancer detection and prevention.