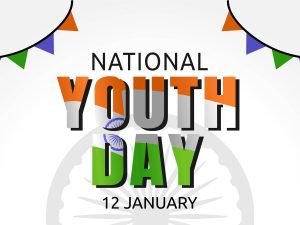 In India, the National Youth Day is celebrated on 12 January annually to commemorate the birth anniversary of Swami Vivekananda. The main aim behind this is to make sure that the students across the country can be encouraged to learn about the life, the ideas and philosophy of Swami Vivekananda and apply them in their lives.