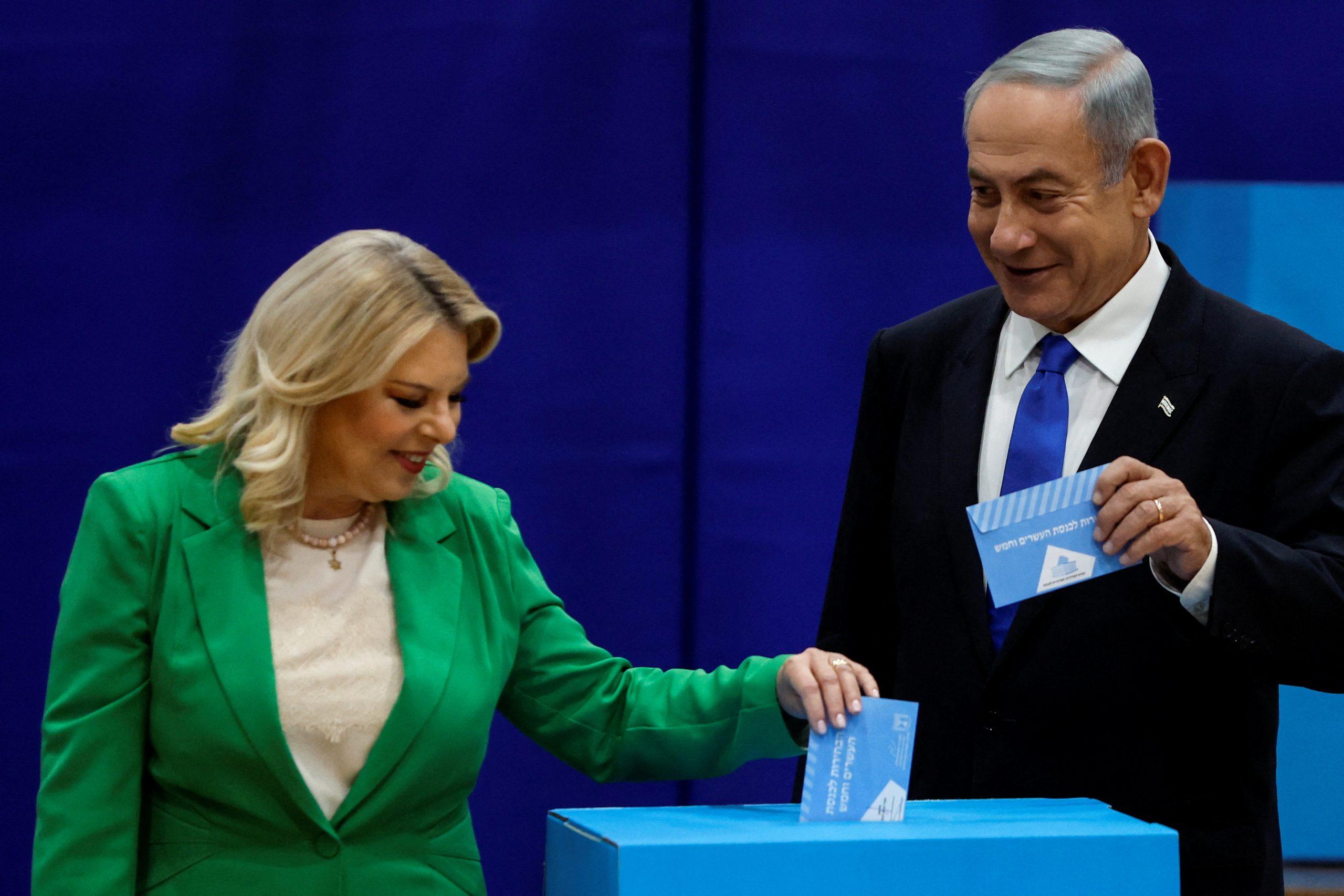 Former Israeli prime minister Benjamin Netanyahu sealed his return to power, as the final vote count from elections this week gave him and his far-right allies a clear majority in parliament. Results released by the electoral commission said that with 99 per cent of votes counted, Netanyahu’s right-wing Likud party had earned 32 seats in Israel’s 120-seat parliament, the Knesset.

The Most Far Right Govt:

The result sets Netanyahu up to form what may be the most right-wing government in Israeli history. He received quick congratulations from Italy’s far-right Prime Minister Giorgia Meloni, Hungary’s Viktor Orban — a long-standing Netanyahu ally — and Ukraine’s President Volodymyr Zelensky, who voiced hope for a “new page” in bilateral relations.

Netanyahu, who has served as premier for longer than anyone in Israel’s 74-history, will then begin sharing out cabinet posts with his coalition partners. That will likely mean prominent roles for the co-leaders of far-right Religious Zionism, which has doubled its representation since the last parliament.

Itamar Ben-Gvir, a firebrand known for anti-Arab rhetoric and incendiary calls for Israel to annex the entire West Bank, has said he wants to be public security minister, a post that would put him in charge of the police.

In recent days, Ben-Gvir has called repeatedly for the security services to use more force in countering Palestinian unrest. “It’s time we go back to being masters of our country,” Ben-Gvir said on election night.

Religious Zionism’s Bezalel Smotrich has said he wants to be defence minister.

While many candidates cited security as a concern, none pledged to revive moribund peace talks with the Palestinians. Palestinian prime minister Mohammad Shtayyeh said the projected results highlighted “growing extremism and racism in Israeli society”.

A key factor seen as boosting Netanyahu was the split among Arab parties, who ran as three separate factions instead of the joint list that saw them win a record number of seats in March 2020. Separately, not all the factions reached the threshold for representation in parliament, meaning their votes were wasted.

Sami Abou Shahadeh, the head of the Balad party, defended his party’s decision to run independently, even though it was set to be shut out of parliament. “We may be losing our representation in the Knesset but we won the love of our people,” he said.