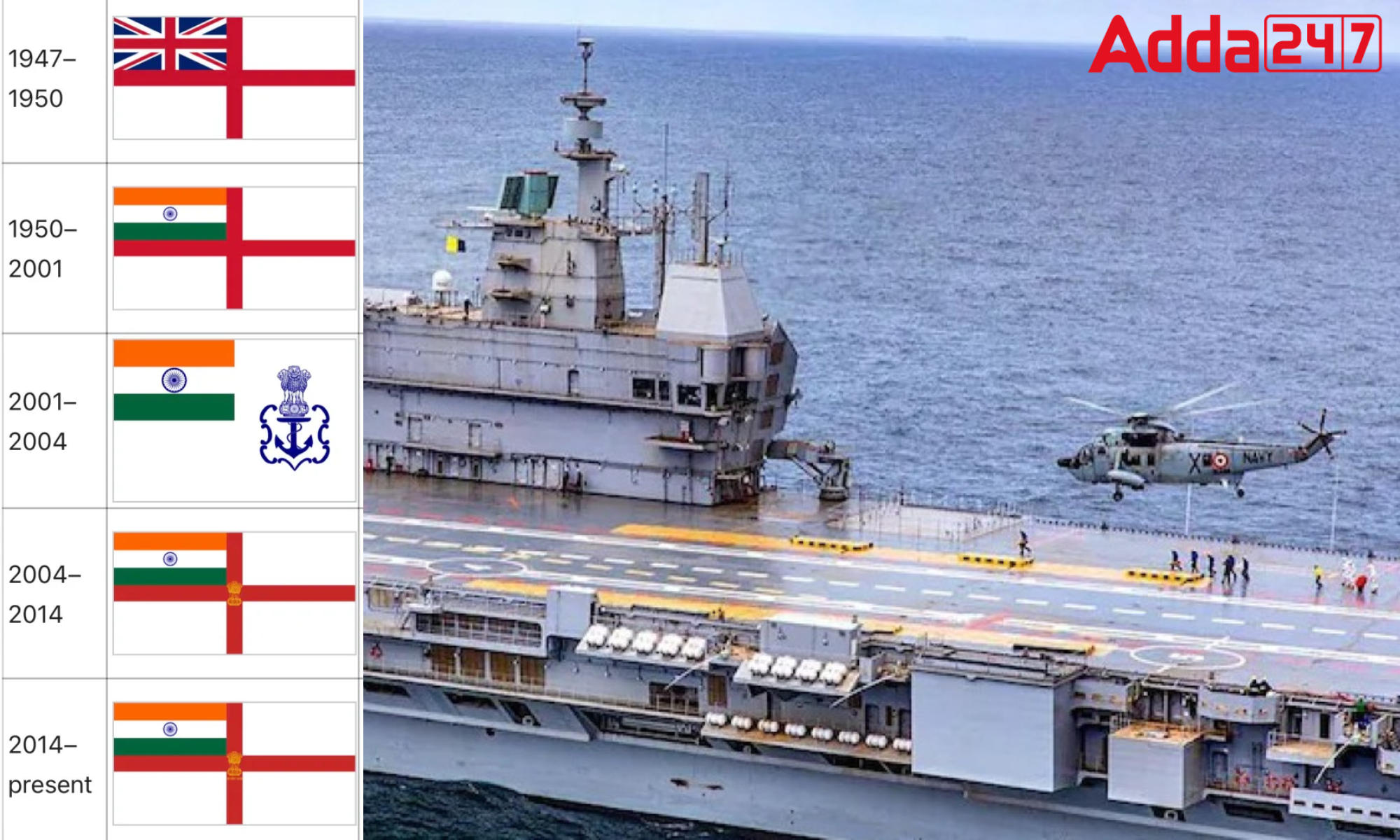 Prime Minister Narendra Modi will reveal a new ensign of the Indian Navy (New Naval ensign), at the aircraft carrier INS Vikrant Commissioning celebration on September 2. He will formally inaugurate the nation’s first aircraft carrier, INS Vikrant. The Indian Navy will receive a New Naval ensign on September 2 without the Saint George’s cross that has been on its flag since the British placed it during the pre-independence era. The cross sign was removed from the flag between 2001 and 2004 while Atal Bihari Vajpayee was in office, but it was reinstated once the UPA led by Manmohan Singh took back power.