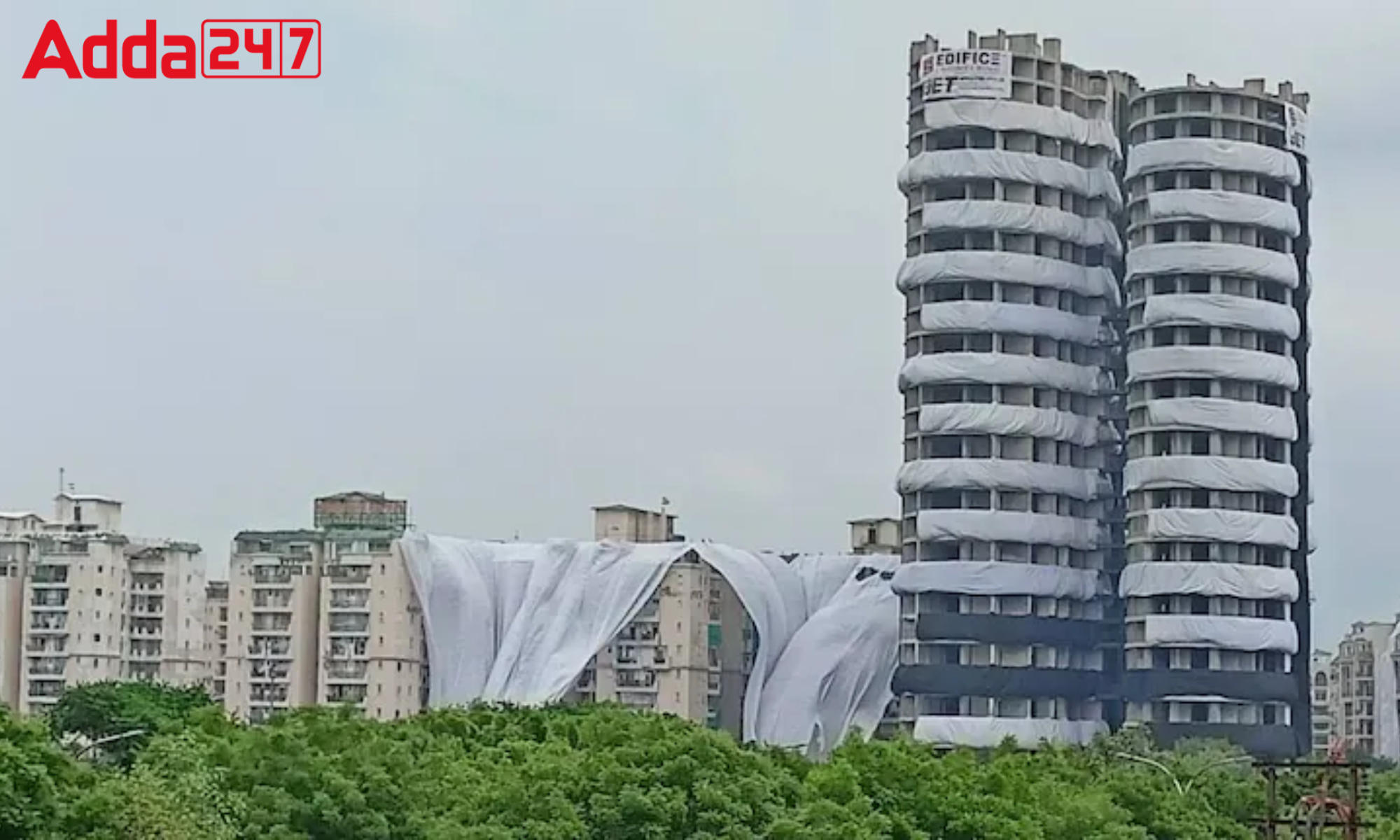 On August 28, the Supreme Court of India ordered the Supertech Twin Towers (Noida Twin Tower) in Noida, popularly known as the highest skyscraper in India, to be torn down. The demolition of the Noida Twin Tower was under progress one day earlier, according to project authorities, who also noted that joining the Supertech’s illegal twin towers and installing a 100-meter-long cable from the structures to the exploder still needed to be done.

The Supreme Court of India ordered the removal of the Noida Twin Towers in 2021 after considerable back and forth on both sides, citing the towers’ illegal construction. Supertech then requested that the Supreme Court review its ruling in an appeal. The supreme court had numerous hearings after that. Concerns concerning the occupants of Emerald Court’s safety were also raised throughout the proceedings. The ruling caused a series of delays in the demolition deadlines. The Supreme Court, however, remained steadfast in its position.

On August 28, the Noida Twin Towers were destroyed. It was completed by Edifice Engineering, a Mumbai-based company that has previously destroyed four illegal apartments in Kerala close to Kochi. The business used a strategy known as implosion. The building structure of Noida Twin Tower that supports Ceyane and Apex has holes drilled in specified locations that contain more than 3,700 kg of explosives. The explosives set on the ground floor detonated first, indicating that the detonation occurred from the ground up. After that, those placed on the first floor, and so forth.