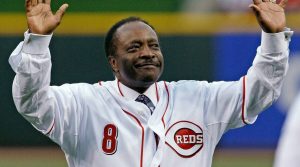 The 400-meter hurdles champion at the 1952 Helsinki Olympics, Charlie Moore passed away. He won the 400 hurdles in the rain in 1952 in 50.8 seconds to tie the Olympic record he set in the quarterfinals. He also earned a silver medal in Helsinki on the United States’ 1,600-meter relay team. After the Olympics, he set a world record of 51.6 in the 440 hurdles at the British Empire Games in London.