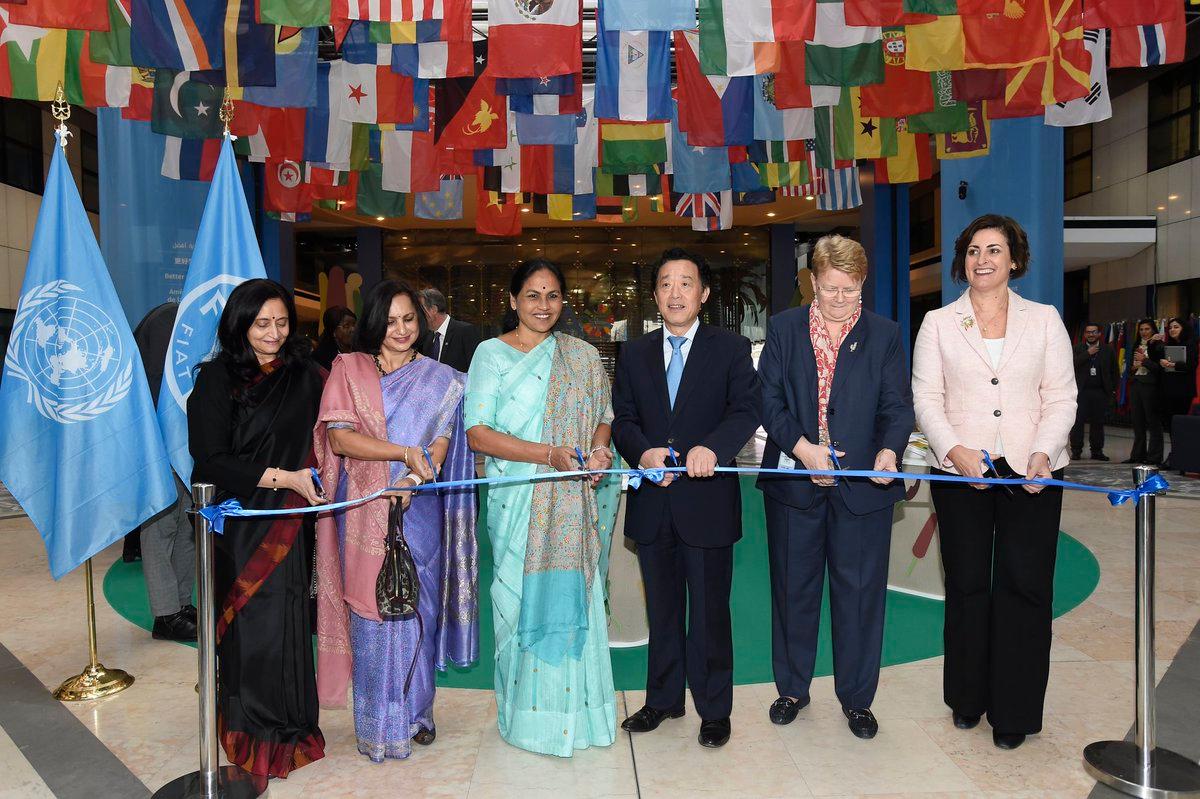 The Food and Agriculture Organization (FAO) of the United Nations, organized an opening ceremony for the International Year of Millets – 2023 (IYM2023) in Rome, Italy. An Indian delegation led by Sushri Shobha Karandlaje, Minister of State, Agriculture & Farmers Welfare were present at the opening ceremony. During the event, India’s ceremonial message by the Prime Minister Shri Narendra Modi was conveyed by Sushri Shobha Karandlaje.

Sushri Shobha Karandlaje, in her speech, said nations need to collaborate to develop a sustainable future, and millets will play a pivotal role in the process. There is an opportunity to contribute to the future well-being of mankind by bringing back ancient food grains through IYM. India will steer the IYM2023 celebrations worldwide and organise campaigns to promote the cultivation and consumption of Millets, both in India and abroad during the next year.

Sushri Shobha Karandlaje said the IYM2023 will lead India towards Food and Nutritional Security. Millets are considered ‘Smart Food’ as they are easy to cultivate, mostly organic and contains high nutritional value, she said. With PM Modi’s vision of “Vasudaiva Kutumbakam” (The World is One Family), the IYM2023 celebration is an opportunity for India to promote Nutri-cereal Millets globally and place them in the world’s ‘food map‘, she added.

Speaking on the occasion, Director General, FAO Mr. QU Dongyu said the IYM2023 will provide us with a unique opportunity to give visibility to crops that have great potential to strengthen global nutrition, food security, decent jobs & economies, while accelerating Climate Action. Millets are basically Asian crops, climate resilient, lead to sustainable development and help ensure Food Security & Nutrition for all, he said.

It was mentioned that Millets are good for the consumer, cultivator and climate. Millets are nutritious and can be cultivated in semi-arid zones besides consuming less water for irrigation. There is need for diversity on our land and our dining tables. Raising awareness to create ‘Millet Mindfulness’ is an important part of this movement.

Millets are resilient and rain-fed crops that thrive in dry regions and grow well in conditions of low soil fertility and moisture. In terms of nutritional value, millets are superior to popular cereals like wheat and rice. The calcium, iron and fibre content of millets provide important nutrients for children’s healthy growth.