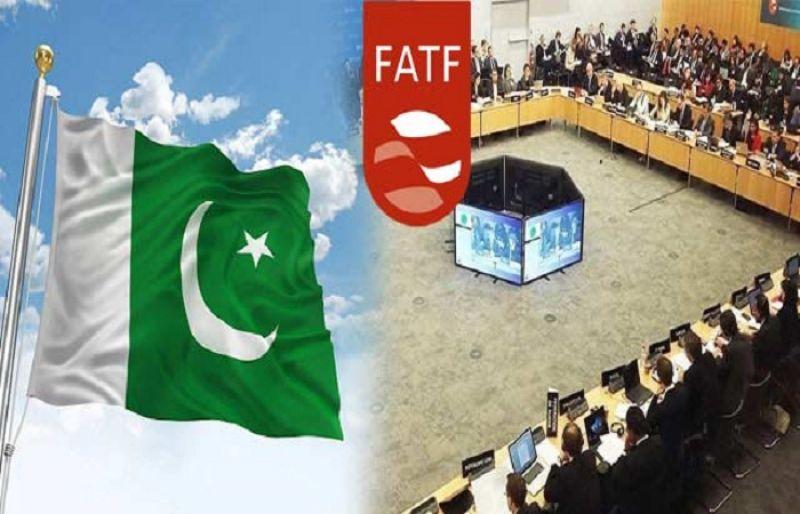 Pakistan is likely to exit the grey list of the Financial Action Task Force (FATF) after it was placed in the infamous category since 2018 for failing to check money laundering and terrorist financing, a media report said.

FATF Meeting & Its History With Pak:

The Paris-based global watchdog on money laundering and terrorist financing said that the first FATF Plenary under the two-year Singapore Presidency of T. Raja Kumar will take place on October 20-21.

Pakistan has made high-level political commitments to address these deficiencies under a 27-point action plan. But later the number of action points was enhanced to 34. he country had since been vigorously working with FATF and its affiliates to strengthen its legal and financial systems against money laundering and terror financing to meet international standards in line with 40-recommendations of the FATF.

What Are Its Repercussions:

With Pakistan’s continuation on the grey list, it had increasingly become difficult for Islamabad to get financial aid from the IMF, the World Bank, the Asian Development Bank (ADB) and the European Union, thus further enhancing problems for the cash-strapped country.

A 15-member joint delegation of the FATF and its Sydney-based regional affiliate — Asia Pacific Group— paid an onsite visit to Pakistan from August 29 to September 2 to verify the country’s compliance with the 34-point action plan committed with the FATF.

The FATF has developed the FATF Recommendations, or FATF Standards, which ensure a coordinated global response to prevent organized crime, corruption, and terrorism.

Its Secretariat is located at the Organisation for Economic Cooperation and Development (OECD) headquarters in Paris.

As of March 2022, there are 23 countries on the FATF’s increased monitoring list (officially referred to as “jurisdictions with strategic deficiencies”):

There are about 39 countries and other non-country entities that are part of the FATF. In South America, those countries include Argentina and Brazil. In North America, FATF countries include Canada, the United States, and Mexico. In Europe, Austria, Belgium, Denmark, Finland, Germany, France, Greece, Iceland, Ireland, Italy, Luxembourg, the Netherlands, Norway, Spain, Portugal, Switzerland, Sweden, and the United Kingdom are included within FATF. The European Commission is a non-country entity in Europe that is also a member of the FATF.

In Asia, China, Hong Kong (which some consider being autonomous from China, though China disputes this claim), India, Israel, Japan, Malaysia, South Korea, the Russian Federation, Saudi Arabia, Singapore, and Turkey are members of the FATF. Indonesia, also in Asia, is not a member but is considered an observer. The Gulf Cooperation Council, which consists of small, oil-producing countries in the Persian Gulf, is a non-country entity in Asia that is a member of the FATF. Australia and New Zealand are members on the Australian continent, and South Africa is the only country in Africa that is a member.

To Know More About Such Important Multilateral Organizations, Read The Below Article:

All About United Nations: UNGA, UNSC