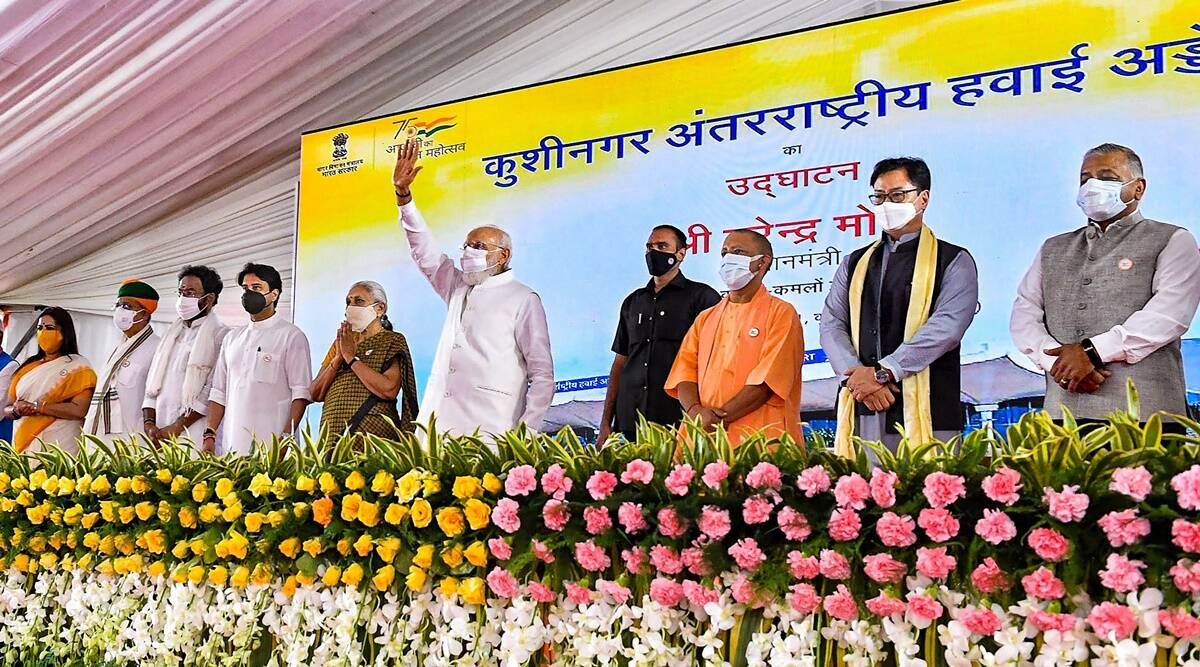 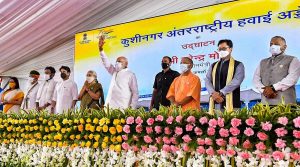 Prime Minister Narendra Modi has inaugurated the Kushinagar International Airport in Uttar Pradesh. The airport has been built at an estimated cost of Rs. 260 crore, by the Airport Authority of India. Besides, it has the longest runway in Uttar Pradesh. It will facilitate domestic & international pilgrims to visit the Mahaparinirvanasthal of Lord Buddha in Kushinagar.

Kushinagar is the final resting place of Gautama Buddha, where he attained Mahaparinirvana after his death. The airport will help in boosting tourism on the Buddhist circuit. The first international flight at the Kushinagar International Airport landed from Colombo, Sri Lanka, carrying a Sri Lankan delegation of over a hundred Buddhist Monks & dignitaries. Now the number of airports handling passenger flights in Uttar Pradesh has increased to 9.