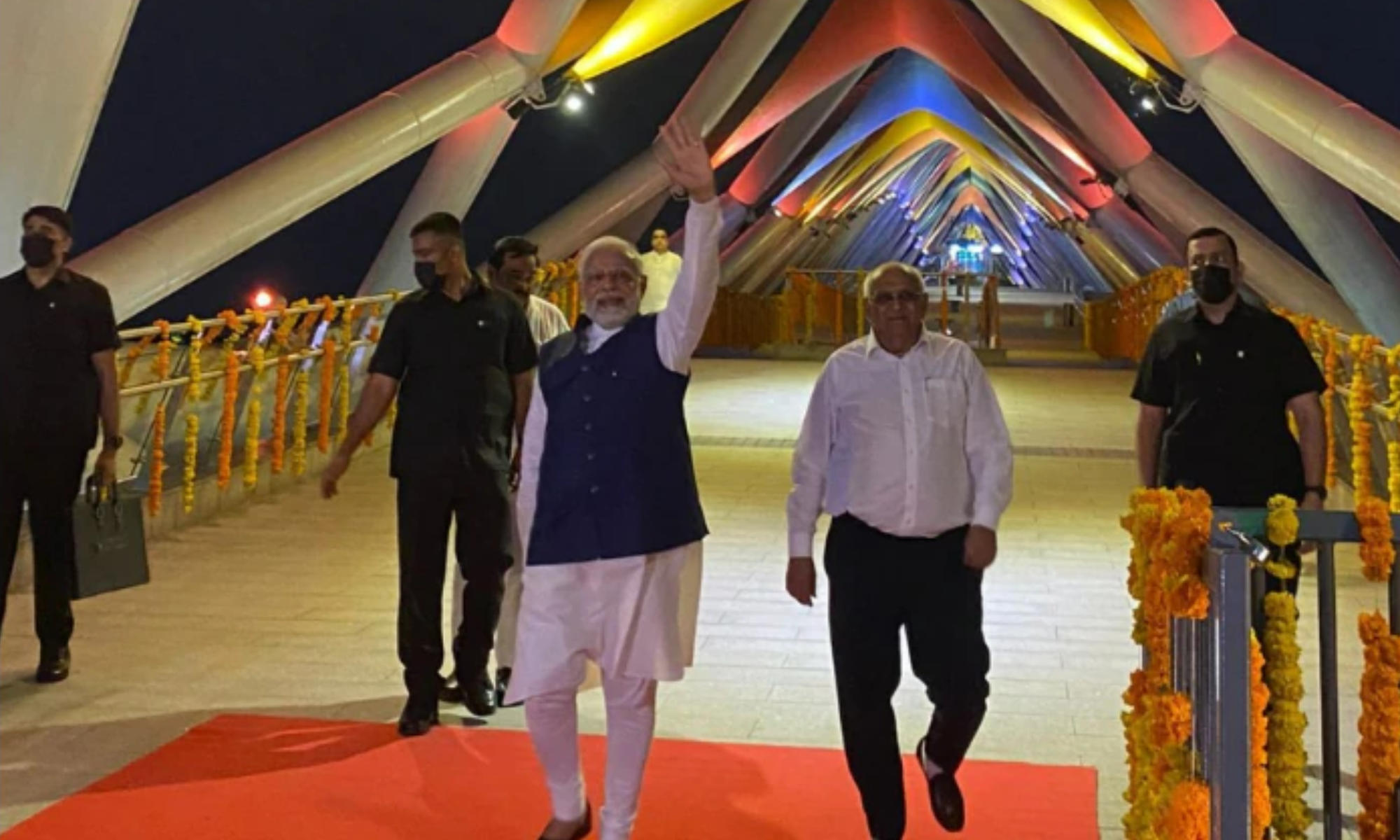 In Gujarat’s Ahmedabad city, Prime Minister Narendra Modi will officially open the pedestrian-only “Atal Bridge” over the Sabarmati River. PM Modi is at his home state for a two-day visit. Later, PM Modi made a spur-of-the-moment trip to the bridge. According to a press release, the Atal Bridge connects the upcoming arts and culture centre on the eastern end of the riverfront with the flower garden on the western end. Atal Bridge is nearly 300 metres long and 14 metres wide in the middle.