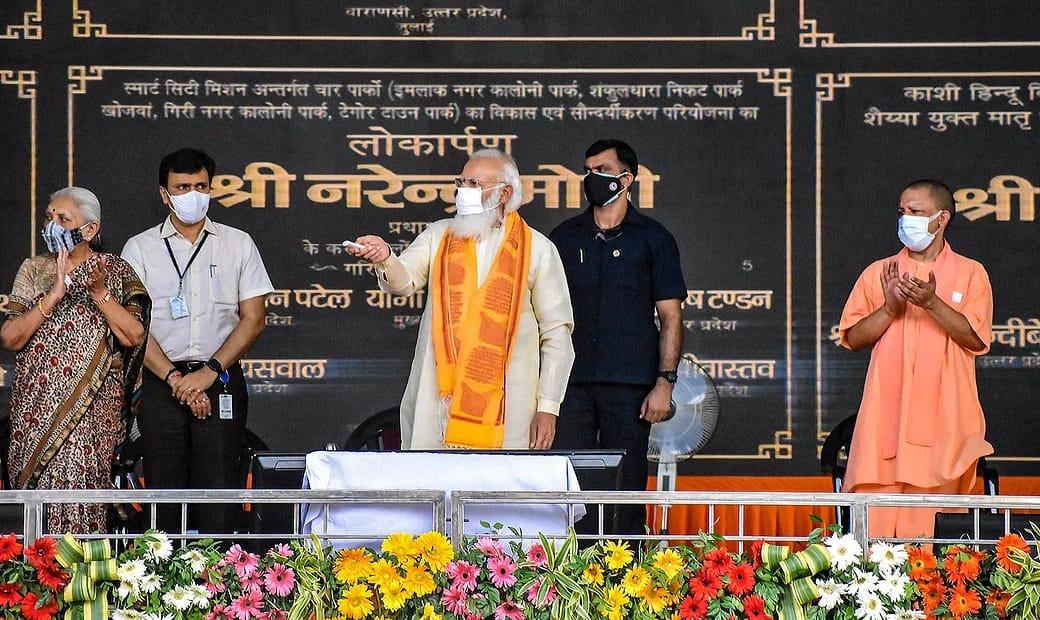 Prime Minister Narendra Modi will go to Varanasi to visit his Lok Sabha constituency on Thursday. There he will be inaugurating and laying foundation stones for various development initiatives with is worth over ₹18,00 crore. These initiatives will focus on improving infrastructure and making people’s life easier. The Prime minister will inaugurate the ‘Akshay Patra Mid-Day Meal Kitchen’ at LT college in Varanasi. The college has the capacity of cooking mid-day meals for up to one lakh students. The inauguration of the ‘Akshay Patra Mid-Day Meal Kitchen’ will take place at 2 PM. After this, at around 2.45 pm, Prime Minister Narendra Modi will inaugurate ‘Akhil Bharatiya Shiksha Samagam’ in the International Cooperation and Convention Centre, on the implementation of the National Education Policy. Around 4 pm, the Prime Minister will inaugurate and lay foundation stones for multiple projects worth ₹18,00 crore at the Dr. Sampurnanad Sports stadium.

Prime Minister Narendra Modi will also lay the foundation stone of projects worth more than rupees 1200 crores. The multiple Road infrastructure projects include: