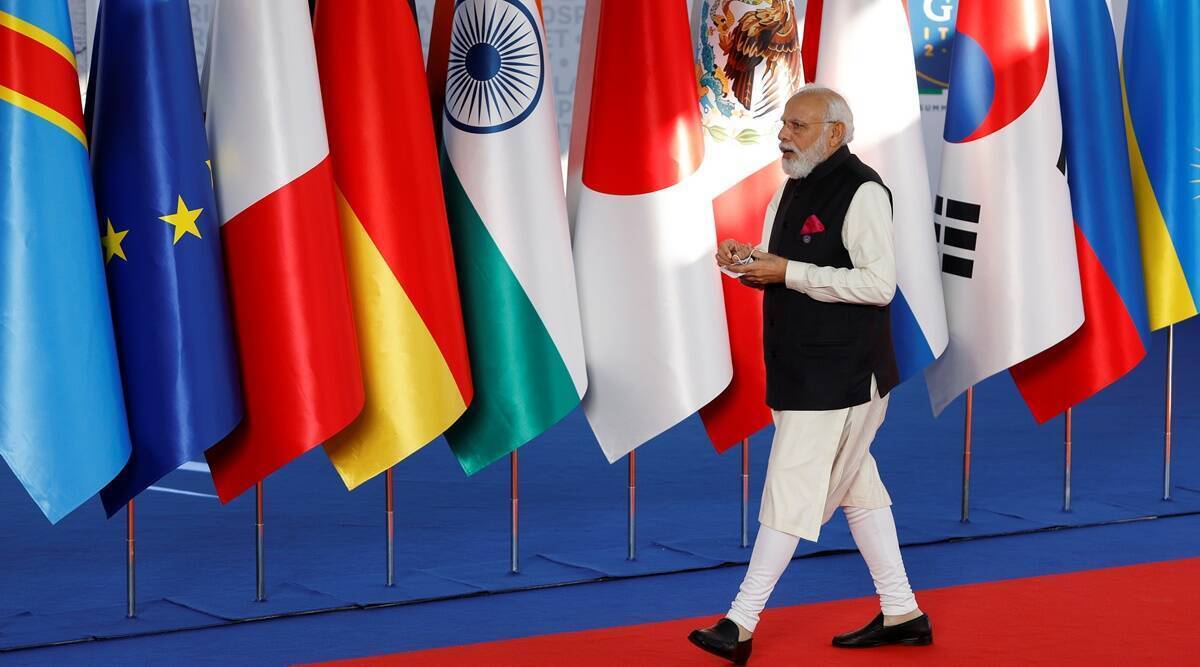 December of 2022 began with India assuming the presidency of two global bodies — G20 on the first day of the month and UNSC on the second and the Shanghai Cooperation Organisation (SCO) in 2023 when major powers are not even talking to each other and India alone, now the fifth largest economy, is interacting with each of them, presents a historic opportunity.

New Delhi has said that while its G20 presidency is driven by the vision of “Vasudhaiva Kutumbakam” (the world is one family), its presidency of the United Nations Security Council seeks to prioritise countering terrorism and reformed multilateralism. Leading with the “Five S’s” approach charted out by Prime Minister Narendra Modi, Samman (Respect), Samvad (Dialogue), Sahyog (Cooperation), Shanti (Peace), and Samriddhi (Prosperity), India took over UN presidency today. Its focus for the month of December will be to voice the key concerns of the Global South, namely effective response to the menace of terrorism, roadmap for reformed multilateralism, framework for maritime security cooperation and greater protection for UN Peacekeepers through technology.

What The Prime Minister Said:

On the eve of India taking over G20 presidency the PM said, “During our G20 Presidency, we shall present India’s experiences, learnings and models as possible templates for others, particularly the developing world. Our G20 priorities will be shaped in consultation with not just our G20 partners, but also our fellow-travellers in the Global South, whose voice often goes unheard.”

What are the roles and powers of the UNSC and its President nation:

Some of the significant roles of the UNSC broadly include maintaining “international peace in accordance with the principles and purposes of the United Nations,”and “to determine the existence of a threat to the peace or act of aggression and to recommend what action should be taken.” The Council President, according to the UNSC handbook, exercises a vast range of powers such as holding meetings of the Security Council, approving provisional agendas, signing records of the meetings, besides other crucial decisions.

How is the UNSC President nation elected:

Each of its 15 member states assume its presidency for a duration of one month, following the English alphabetical order. India had also been in the presidential position in August 2021.

India’s priorities as the Council President:

An open debate on the “maintenance of international peace and security” through “new orientation for reformed multilateralism” and a briefing on “threats to international peace and security caused by terrorist acts” which would involve discussions on principles and way forward through a “global counter-terrorism approach” remain key to the Council. External Affairs Minister S Jaishankar will be traveling to New York on December 14 and December 15 to attend these signature events.

G20 and its Objectives:

The G20 or Group of 20 functions as an intergovernmental meeting, where states participate in discussions on different aspects of the global economy. It was formed during the 1990s when Southeast Asian economies were witnessing a financial crisis. It had a tremendous impact in the year 2008, when it helped reduce global panic caused by a restrained economy and restore economic growth.

The meeting includes the European Union, and some of the world’s largest economies among other nations. Argentina, Australia, Brazil, Canada, China, EU, France, Germany, India, Indonesia, Italy, Japan, Mexico, Russia, Saudi Arabia, South Africa, South Korea, Turkey, UK and USA comprise the G20. These countries, at present, “account for more than 80% of world GDP, 75% of global trade, and 60% of the global population,” according to a document by MEA India.

India’s Agenda as the G20 President:

Indonesian President Joko Widodo officially handed over the G20 presidency to India on November 16 this year at the summit in Bali. The year-long presidency assumed by India comes at a time when the world is struck with uncertainties about recovery from a pandemic-hit economy.

Current Issues in the International Arena: