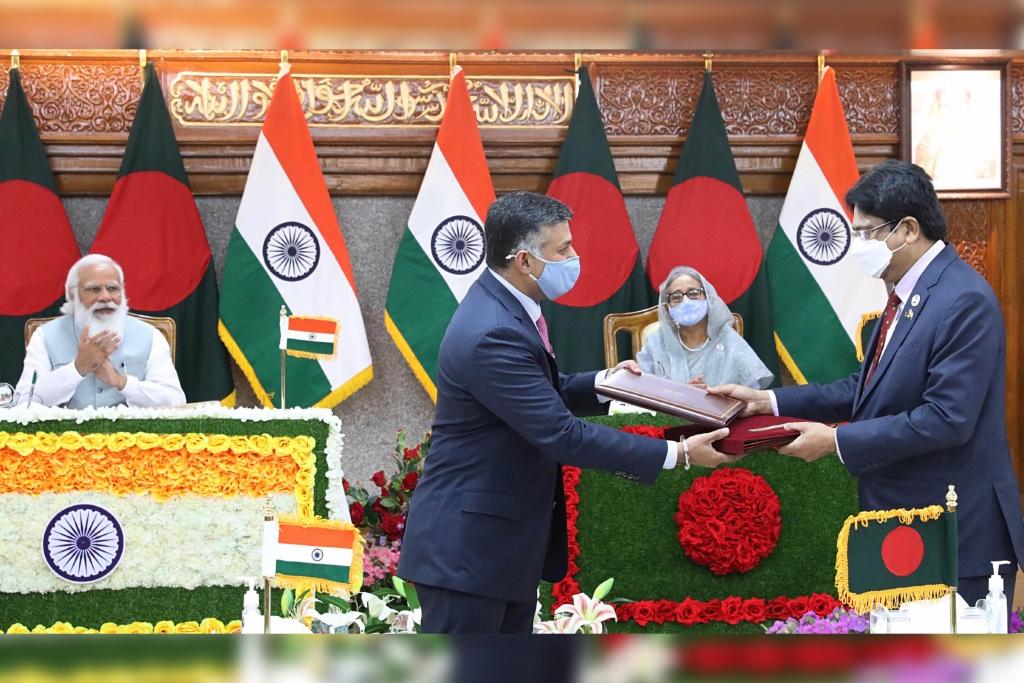 The 51st  anniversary of ‘Maitri Diwas’ marking the recognition granted to Bangladesh by India in 1971 was celebrated in Dhaka on 6th December.

Liberation war fighters, Parliamentarians, members from civil society, media, dignitaries,  and other prominent people took part in the event organised by the High Commission of India in Dhaka. Minister for Liberation War Affairs of Bangladesh A.K.M Mozammel Haque  was the Chief Guest on the occasion.

Minister Mozammel Haque thanked India for its support extended to the people of Bangladesh during the Liberation War in 1971. He said that the support of India to the liberation war fighters of Bangladesh and providing shelter to close to 10 million refugees is gratefully acknowledged by the country. He said, without India’s active support the war of liberation could not have been won in just about 9 months.

How The Indo-Bangla Relation Has Been Described:

High Commissioner Verma described India-Bangladesh friendship as rooted in the shared sacrifices of 1971 and fostered by strong ties of history, language and culture. He reiterated that India accords the highest priority to its relationship with Bangladesh, and will always stand ready to walk together with the people of Bangladesh on the road to greater prosperity and success.

Liberation In A Nut-Shell:

Bangladesh which was known as East Pakistan was liberated on 16 December when the Pakistani forces led by Lt.Gen Niazi surrendered to a combined force of the Indian Army led by Lt. General Jagjit Singh Arora and Mukti Bahini  (Bangladeshi freedom fighters). As many as 93,000 Pakistani troops laid down their arms on 16-17 December 1971 in Bangladesh. It was the largest surrender in war after the Second World War.