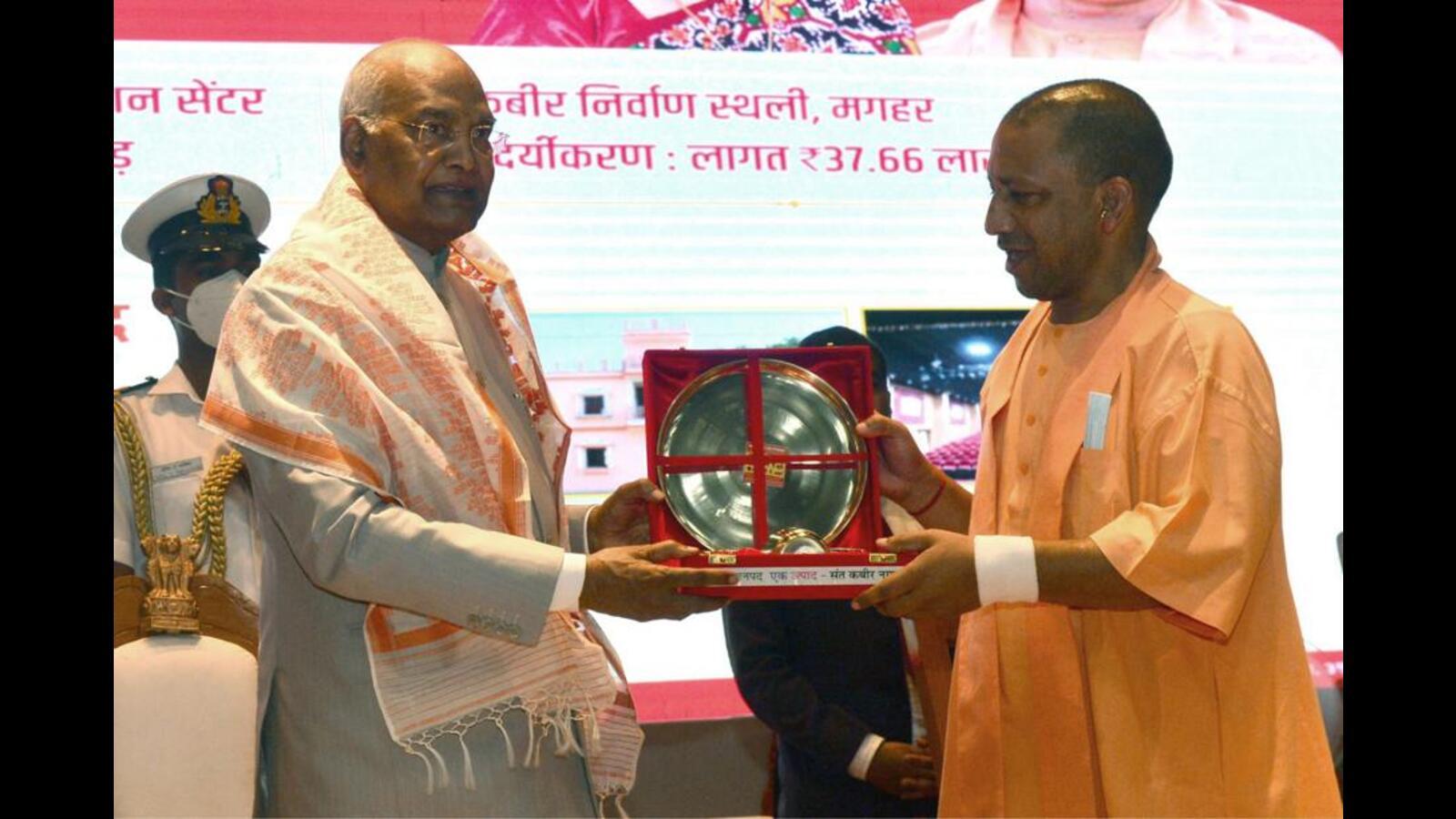 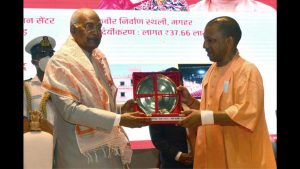 President Ram Nath Kovind has paid tributes to Sant Kabir and inaugurated Sant Kabir Academy and Research Centre and Swadesh Darshan Yojana at Kabir Chaura Dham, Maghar, Uttar Pradesh. He said the life of Kabir is an epitome of human virtue and his teachings are still relevant even after 650 years today. He described Kabir’s life as an ideal example of communal solidarity.

Earlier, the President paid homage to the great poet and saint of the Bhakti Movement at his Samadhi sthal in Maghar. He also offered chadar at his mazaar and planted a sapling in the premises of the Kabir Chaura Dham. Governor Anandiben Patel and Chief Minister Yogi Adityanath accompanied the President.