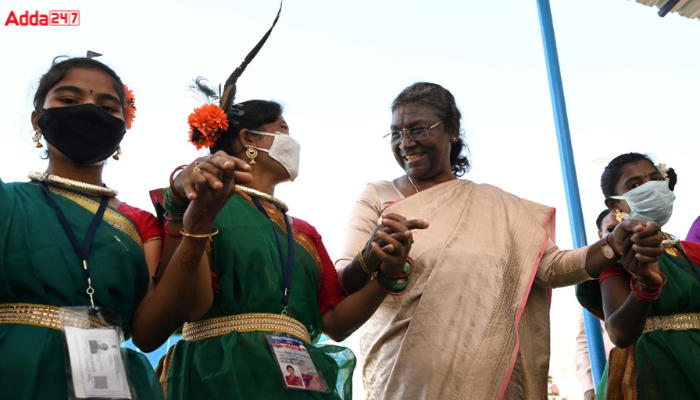 Smt. Droupadi Murmu has laid the foundation stone of the project ‘Development of Pilgrimage Facilities at Bhadrachalam Group of Temples’ at Sri Seetha Ramachandra Swamivari Devasthanam, Bhadrachalam in Telangana.

The President of India laid the foundation stone for another project called ‘Development of Pilgrimage and Heritage Infrastructure of UNESCO World Heritage Site at Rudreshwara Temple in Telangana. These projects have been approved under the PRASAD Scheme of the Ministry of Tourism, Government of India.