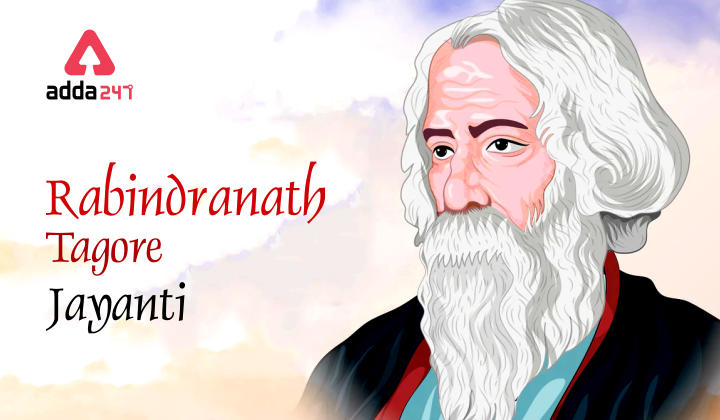 Rabindranath Tagore Jayanti is celebrated on the 7th of May as a cultural event throughout the nation in the remembrance of Rabindranath Tagore’s birth anniversary. According to the Bengali calendar, it is celebrated on the 25th day of boishakh, which is early May in the Gregorian Calendar. The people who love Tagore and his works are called Tagorephiles. These are the people who love the work of Tagore and celebrate him for his poetries and literature. The birth anniversary of Tagore is like a festival for them.

It is a huge festival for Bengali and Rabindranath Tagore Jayanti is celebrated in every college, university, and school by organizing different cultural activities. At Shantiniketan in West Bengal, Tagore’s birth anniversary is celebrated on a large scale and chiefly in the Visva Bharti University where Tagore himself founded the institute for cultural, social, and educational development of the society. The Government of India issued 5 Rupees coins to mark the 150th birth anniversary of Rabindranath Tagore in 2011.

Tagore was born on 7th May 1861 in Jorasanko Mansion in Kolkata. His father was Devendra Nath Tagore and his mother was Sharda Devi. He belongs to a Brahmin family and he was the youngest one in the family. Since childhood, he was interested in literature and desired to learn new things. He received the first Nobel prize in India in 1913 for his literary work. Tagore has written several poems songs and literary works including the national anthem, Jana Gana Mana. When he was the age of 8 he started writing and merging into literature. At the age of 16, he released his first poetry collection under the name of “Bhanushima”.

Tagore’s mother died early in his childhood and his father was busy traveling due to his work. He was mostly raised by the servants. His father regularly invited the professional musician to teach his children classical music. In 1901 Tagore moved to Shantiniketan to found an ashram with a marble floor prayer hall, an experimental school, plant trees, a library, and a garden. His father died in 1905 and before that his wife and two children also died. In 1912, he translated Gitanjali which was written in 1910 into English. During his trip to London, he shared all these poems with his admirers which included William Butler Yeats and Ezra Pound. London’s Indian society published the work in a limited edition and a section of Gitanjali was published in an American magazine called the poetry.

The famous poems and literary works of Tagore are-

Major places written by Tagore are-

Visva Bharti was founded by Rabindranath Tagore in 1918, it was inaugurated 3 years later. The institution adopted the brahmachari system in the school and the gurus used it to guide their students spiritually and intellectually. Tagore was against the classroom studies so the teaching was done under trees. The Nobel prize money was donated to Shantiniketan by Rabindranath Tagore. He used to teach the students and wrote the textbooks for them. He aimed to make Shantiniketan as a connecting bridge between India and the world and make it a center for the study of humanity. He also fundraised for Visva Bharti school in Europe and USA.

In 1921 Shriniketan was established by Tagore and agricultural economist Leonard Elmhurst in the sural village. With this institute, Tagore strengthens the Swaraj protest by Gandhi against the British. He lectures about caste discrimination and untouchability he also opened a temple for the Dalit Guruvayoor temple.