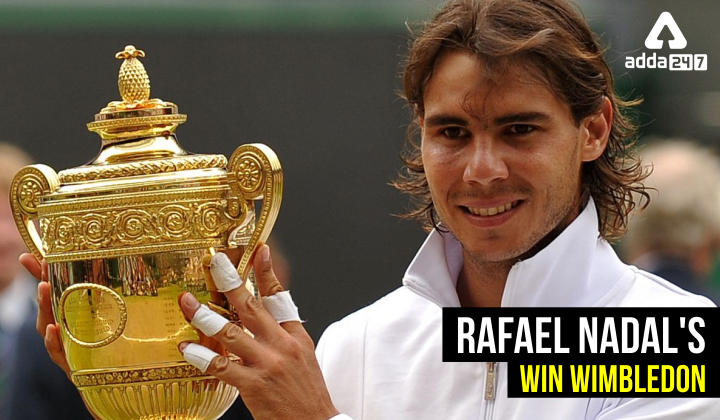 In Wimbledon, Rafael Nadal overcame his fear in the opener. Nadal played for the first time since his 2019 Wimbledon semi-final loss against Roger Federer. Rafael Nadal opened his championship for his third Wimbledon title with an impressive but hard-fought four-set win against the Argentina player Francisco Cerundolo on Tuesday. At first, the two times champion Rafael Nadal looked in control of the contest and played the first two sets roughly. By this time, people expected that Francisco Cerundolo will not delay in going above in the other two sets. However, Nadal soon gained the lead and controlled the proceedings of the two sets, and reeled off the final four games to take a 6-3, 6-4, 3-6, and 6-4 win.

Ranji Trophy 2022: All Details With History, Schedule And Winner

After winning, Rafael in his on-court interview thanked his opponent and said that he felt great after playing on grass for three years. In his interview, he said, “First of all, all the credit to Fran, I think he started to play great and was a very tough opponent. It’s obvious that for me, it’s been three years without being here, without playing on this amazing surface, so I’m very happy to be back. For me, it’s always amazing playing here on this court, and I can’t thank everyone enough for the support.”

The win against Fransisco Cerundolo brought up the 306th single-match win in Grand Slams for Rafael Nadal, including 54 wins at Wimbledon. The 306th win made Rafael Nadal the equal winning score with Martina Navratilova. If in the next match, Rafael Nadal beats Richards Berankis in the next round of SW19, he’ll surpass Martina Navratilova and bag the fourth place in the all-time list. The first player to win most single matches is Roger Federer with 369 wins, the second is Serena Williams with 365 wins, and the third is Novak Djokovic with 328 wins.

1. Who won the Rafael Nadal match at Wimbledon?
Ans. Rafael Nadal started his Wimbledon Championships with a win against the Argentina player Francisco Cerundolo by 6-4, 6-4, 3-6, and 6-4 on center court.