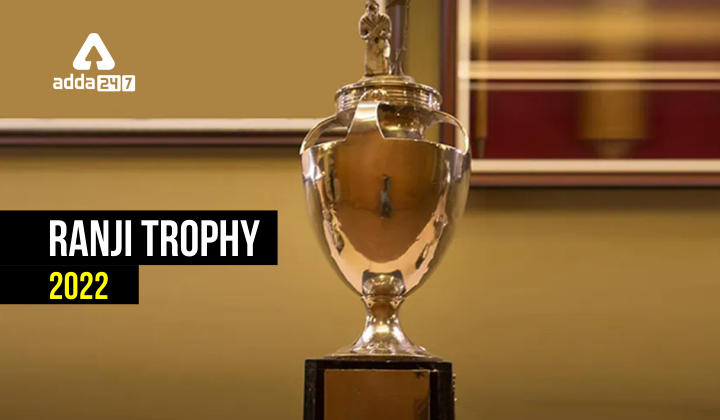 What is Ranji Trophy ?

Ranji Trophy is a domestic first-class cricket championship that is played in India between multiple teams representing regional and State cricket associations. There are 38 teams from 28 states in India and 4 of the 8 union territories have at least one representative. This tournament is named after the first Indian cricketer who played international cricket Ranjitsinhji, who was also known as Ranji. This competition was launched after a meeting in July 1934, with the first fixture taking place in 1934-1935. The first trophy was donated by Bhupinder Singh the Maharaja of Patiala. On November 4th, 1934 the first match was played between Madras and Mysore at the Chepauk ground in Madras.

The Ranji trophy 2021-22 was scheduled to take place from 13th January to 20th March 2022. It got delayed due to the Covid-19 pandemic. The Board of control for cricket in India confirm on 4th January 2022 that the tournament has been postponed due to the increase in active cases of Covid-19 in India. They also announced that the Ranji Trophy will be hosted before the start of IPL 2022 in April. Later in January BCCI announce that there looking into the possibility of holding the tournament in two phases, from February two March and June to July. The tournament was originally scheduled to start on 16th November 2021 but due to the Covid-19 pandemic, the tournament got postponed and delayed several times. Previously, it was announced that the tournament has been divided into 6 groups with 16 in 5 Elite groups and 6 teams including the plate group.

The Ranji trophy 2022 was the 87th season of this trophy. The tournament was divided into two phases where the league stage was played from 17th February to 15th March 2022 and the knockout phase was played from 6 June to 26 June 2022. This year the tournament was delayed due to the Covid-19 pandemic. This year the teams were split into eight Elite groups, instead of 5 as per the previous tournament and the plate group. The teams that progressed to the knockout phase must win their elite group with the best points only seven teams will be qualified for the knockout phase. And the eighth team will be the winner of the pre-quarter-final match between the elite group winning with the fewest points and the winning of the plate group.

In the group stage Madhya Pradesh, Karnataka, Mumbai, Bengal, Uttarakhand, Punjab, and Uttar Pradesh had won their respective groups to qualify for the quarter-finals. Group H was titled to Jharkhand and Nagaland won the plate group to go to the preliminary quarter-final match. Jharkhand was bowled out for 880 runs which is the fourth-highest team total in the Ranji trophy in the first innings of the preliminary quarter-finals. After this Jharkhand extended their lead score to 1008 runs which is the biggest ever lead in first-class cricket and progressed to the quarter-finals based on their first-inning lead. The quarter-final matches were also won by Mumbai, Uttar Pradesh, and Madhya Pradesh and these teams qualified for the semifinals. Bengal reached the semi-finals and played their match against Jharkhand which was a draw match, this led Jharkhand to progress in the tournament due to having a first-innings lead. Madhya Pradesh beats Bengal by 174 runs in the semi-final to reach the first final in the tournament since the 1999 edition of the Ranji trophy. Mumbai and Uttar Pradesh played the second semi-final which was a draw and it led to the advancing of Mumbai in the final due to their first-innings lead. In the final match, Madhya Pradesh beat Mumbai by 6 wickets to win their first Ranji Trophy title.

1. What is Ranjit Trophy in cricket?
Ans. Ranji Trophy is a domestic first-class cricket tournament played in India between teams representing the regional and state cricket associations.