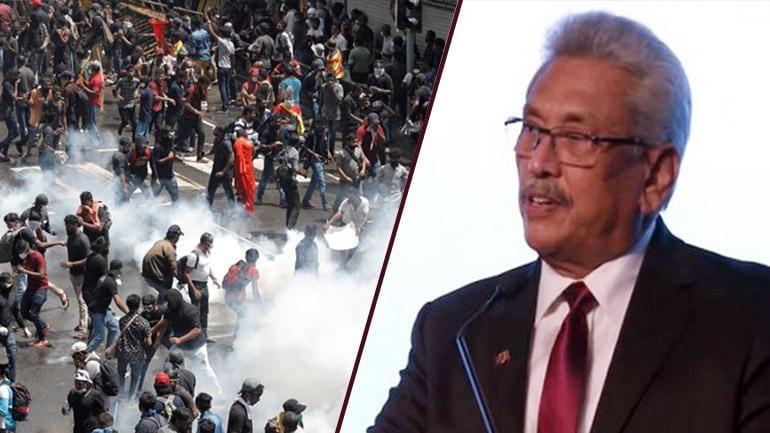 The protestors wanted to express their anger over the government for mismanagement and failure to protect them from the economic crisis. People are protesting against the government, shouting slogans against the president, and dismantling the police barricades to reach the President’s house. The police tried to stop the protestors by firing shots in the air, but they were unable to stop the massive crowd. During the protest, 21 people, and two police were injured.

The Prime minister of Sri Lanka Ranil Wickremesinghe has announced an emergency party leader meeting to discuss the current situation after the President flees away. He also requested the speakers to summon parliament. The meeting will decide what will be the solution for putting a hold on the ongoing protest against the government.

Sri Lanka has almost a population of 22 million people and all of them are struggling with the economic crisis. The country has no funds for foreign exchange, and limited food, fuel, and medicines. The Covid-19 pandemic made the situation worse as tourism in the country also stopped which earlier used to contribute a good share to the GDP of the country. The schools and government offices are closed till further notice due to a shortage of oil. The lack of foreign exchange reserves and local currency depreciation has fuelled the shortage.