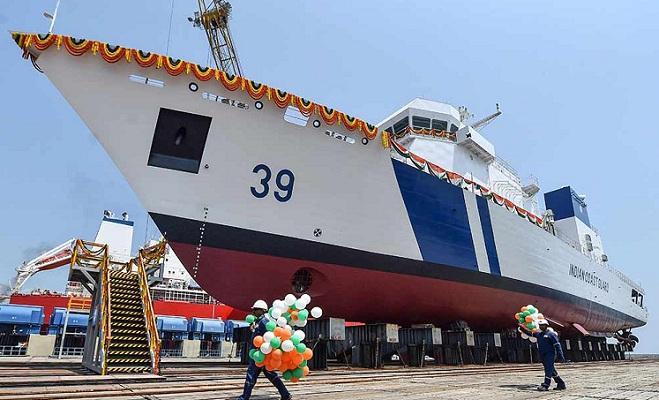 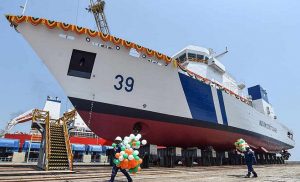 Raksha Mantri Rajnath Singh has dedicated to the nation, the indigenously built Coast Guard Ship ‘Vigraha’ in Chennai, Tamil Nadu. According to the defence ministry, the 98-meter vessel will be based in Andhra Pradesh’s Visakhapatnam (Vizag) and will be operated by a company of 11 officers and 110 sailors. The ship has been designed and built indigenously by Larsen & Toubro Ship Building Limited.  With the joining of this ship, the Indian Coast Guard now have 157 Ships and 66 Aircraft in its inventory.

About the ICGS Vigraha: