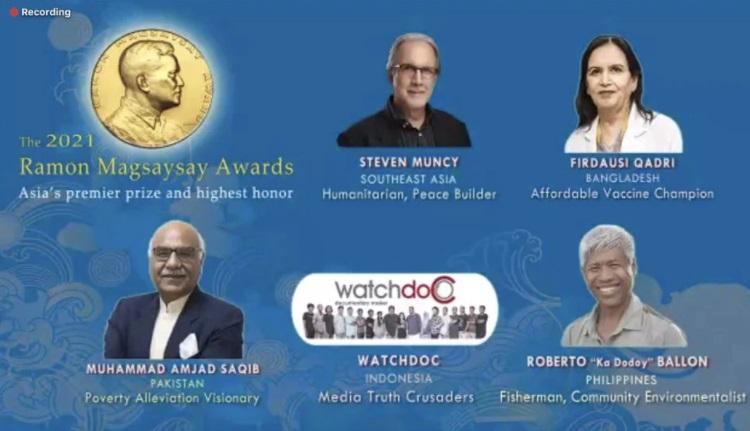 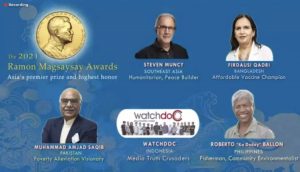 Ramon Magsaysay Award 2021 awardees have been announced, the winners will be formally awarded the Magsaysay Award during the November 28 event at the Ramon Magsaysay Centre in Manila. Among the awardees is Dr Firdousi Qadri of Bangladesh and Muhammad Amjad Saqib of Pakistan, as well as Philippine fisheries and community environmentalist Roberto Ballon, American citizen Steven Munsi, who works for humanitarian work and help refugees, and Indonesian WatchDoc for investigative journalism.

About the Ramon Magsaysay Award:

The Ramon Magsaysay Award is Asia’s highest honor and is widely regarded as the region’s equivalent of the Nobel Prize. It celebrates the memory and leadership example of the third Philippine president after whom the award is named, and is given every year to individuals or organizations in Asia who manifest the same selfless service that ruled the life of the late and beloved Filipino leader.