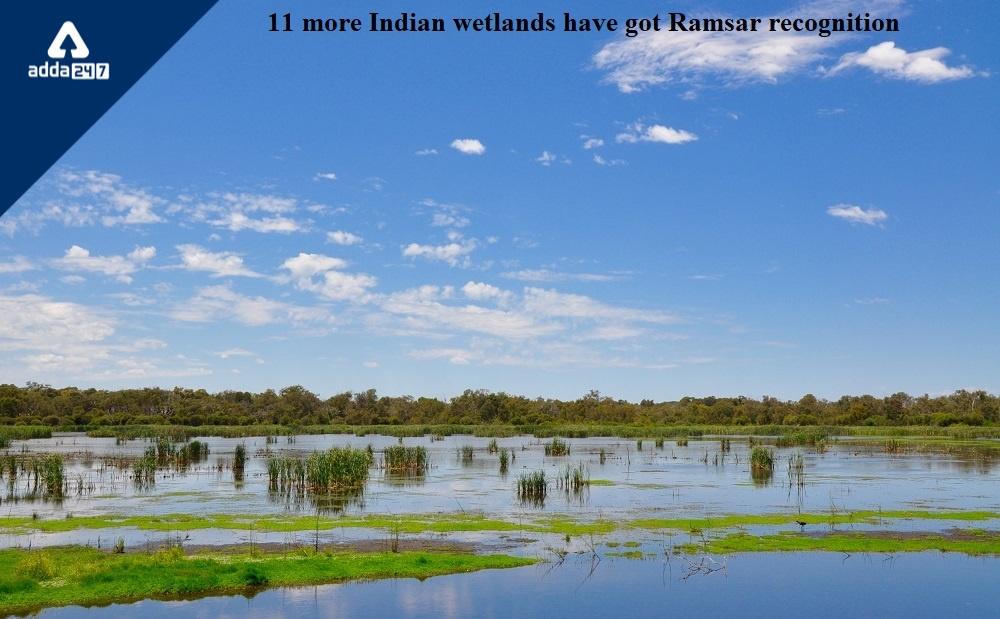 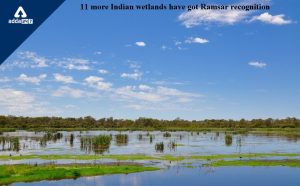 India has added 11 more wetlands to the list of Ramsar sites to make a total of 75 such sites covering an area of 13,26,677 hectares in the country. 75 Ramsar Sites in 75th Year of Independence India. The 11 new sites designated as Ramsar sites included: four sites in Tamil Nadu, three in Odisha, two in Jammu and Kashmir and one each in Madhya Pradesh and Maharashtra.

The 11 Indian wetlands which have been designated as new Ramsar sites:

What is the Ramsar site?

A Ramsar site is a wetland site designated to be of international importance under the Ramsar Convention, also known as “The Convention on Wetlands”, an intergovernmental environmental treaty established in 1971 by UNESCO, which came into force in 1975. It provides for national action and international cooperation regarding the conservation of wetlands, and wise sustainable use of their resources