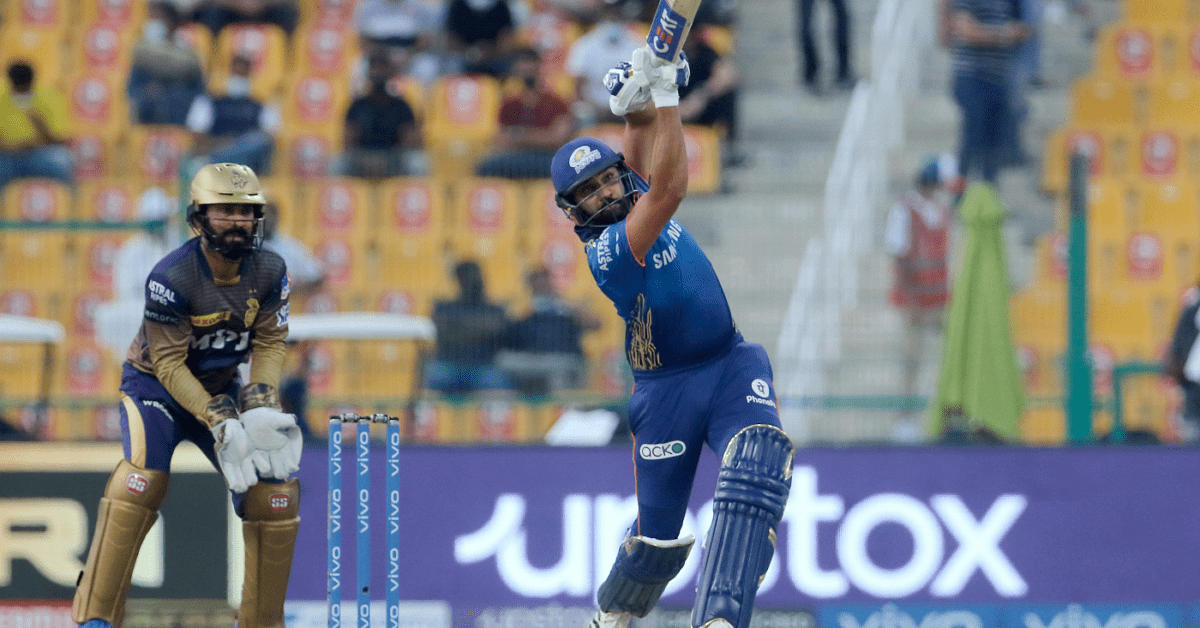 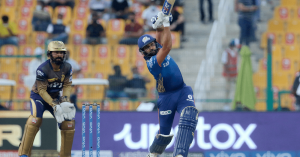 Rohit Sharma became the first batter in the Indian Premier League (IPL) history to score 1000 runs against a single team during Mumbai Indians’ (MI) contest against Kolkata Knight Riders (KKR) at the Sheikh Zayed Stadium, Abu Dhabi. The 34-year-old achieved the feat in the fourth over of MI’s innings. Rohit now has 1015 runs against KKR at an average of 46.13 and a strike rate of 132.16, including six fifties and one hundred.