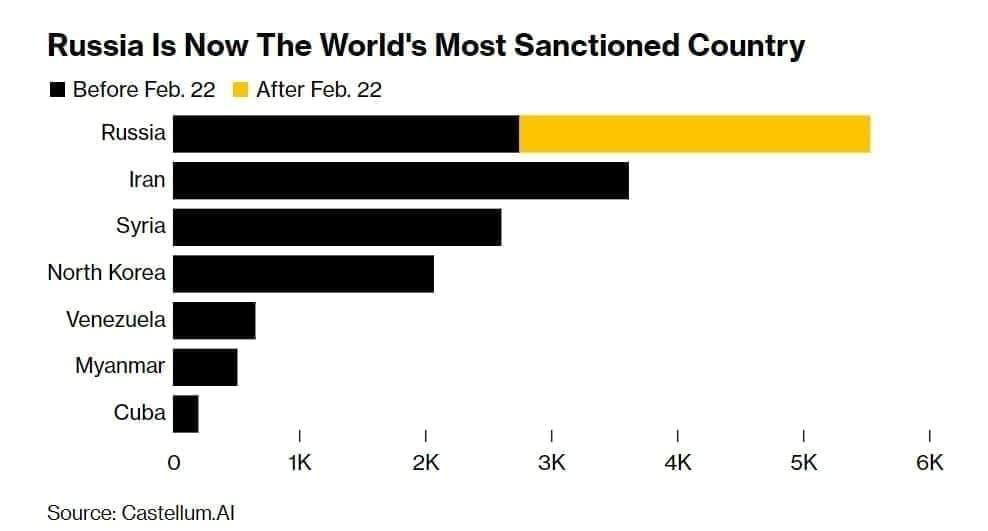 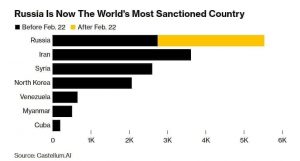 Russia has become the most sanctioned country in the world, due to its invasion on Ukraine, according to a New York-based sanctions watchlist site Castellum.AI. Russia faced 2,778 new sanctions since February 22, 2022, led by the US and European nations, bringing the total sanctions to 5,530. The country already had 2,754 sanctions in place before February 22.

Countries across the world are putting sanctions on Russia to stop its invasion of Ukraine. Russia has now surpassed countries like Iran and North Korea in terms of a number of sanctions. Before this, Iran was the most sanctioned country, facing 3,616 sanctions against it over the last decade, while Syria and North Korea have 2,608 and 2,077 sanctions, respectively.