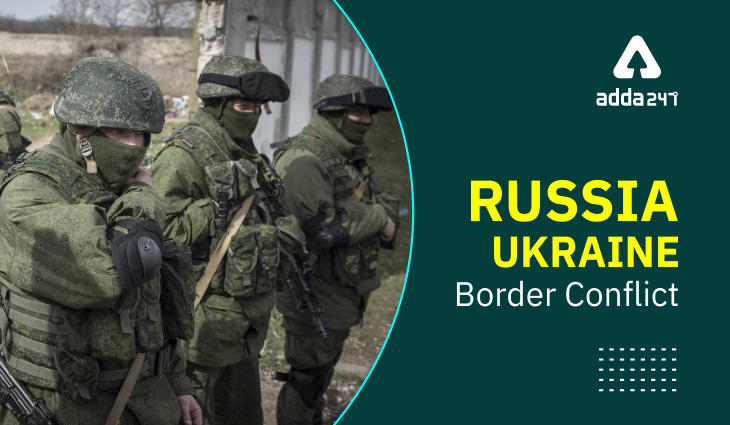 The Russia-Ukraine Border Conflict, have been simmering for more than two months, with diplomatic efforts to resolve the issue showing little sign of progress. Russia has more than 100,000 troops on its border with Ukraine, sparking Western warnings of an imminent invasion. The North Atlantic Treaty Organization (NATO), Secretary-General Jens Stoltenberg, meanwhile, voiced concerns that Russia continues to build up troop numbers along Ukraine’s borders, including in Belarus.

Background of the Russia-Ukraine Border Conflict:

The Border conflict in Ukraine began with protests in the capital city of Kiev in November 2013 against Ukrainian President Viktor Yanukovych’s decision to reject a deal for greater economic integration with the European Union. After a violent crackdown by state security forces unintentionally drew an even greater number of protesters and escalated the conflict, President Yanukovych fled the country in February 2014.

In March 2014, Russian troops took control of Ukraine’s Crimean region, before formally annexing the peninsula after Crimeans voted to join the Russian Federation in a disputed local referendum. Russian President Vladimir Putin cited the need to protect the rights of Russian citizens and Russian speakers in Crimea and southeast Ukraine. The Border conflict heightened ethnic divisions, and two months later pro-Russian separatists in the Donetsk and Luhansk regions of eastern Ukraine held a referendum to declare independence from Ukraine.

In July 2014, the situation in Ukraine escalated into an international conflict and put the United States and the European Union (EU) at odds with Russia when a Malaysian Airlines flight was shot down over Ukrainian airspace, killing all 298 onboard.

Timeline of the main Russia-Ukraine Border Conflict events so far:

Important takeaways for all competitive exams for Russia-Ukraine Border Conflict :