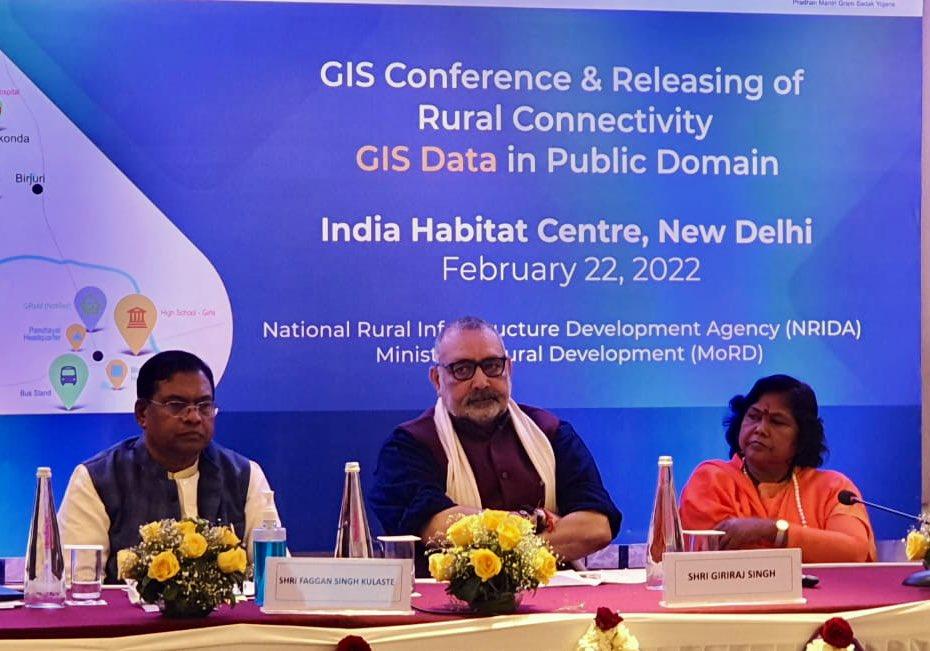 Giriraj Singh, who is the Union Minister for Rural Development and Panchayati Raj, has released the Rural Connectivity GIS Data in Public Domain. This data includes the GIS data for more than 8 lakh rural facilities which have been collected and digitised using the GIS platform developed for the PM-GSY scheme. Other than Giriraj Singh, other Union Ministers like Faggan Singh Kulaste and Sadhvi Niranjan Jyoti, were also present at the release event.

On this event, Giriraj Singh recalled that since the inauguration of this scheme:

Pradhan Mantri Gram Sadak Yojana (PMGSY) is a scheme that was launched in the year 2000, with an objective to provide all-weather road connectivity to all the unconnected habitations throughout the nation which lie under the eligibility criteria. The plan was upgraded later. Since then, 7.83 lakh Km roads have been sanctioned and 6.90 lakh Km have been constructed with an expenditure of about 2.69 lakh crores of Indian rupees.

What is Gati Shakti?

Gati Shakti is a national master plan and digital platform which aims at the planning and execution of infrastructure projects in India to reduce logistics costs and enhance infrastructure.