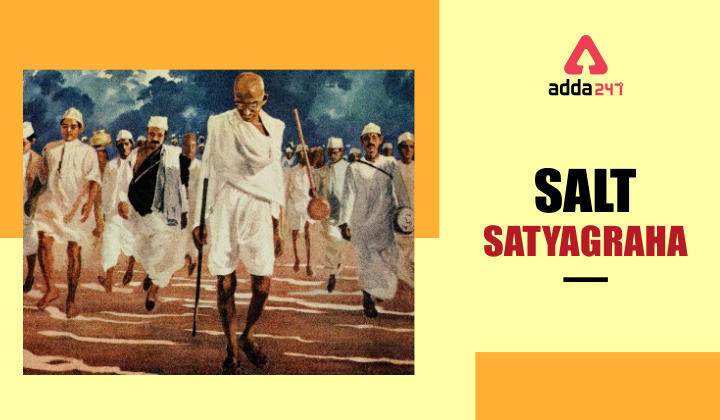 What is Salt Satyagraha

Salt Satyagraha is also known as Salt march, Dandi March, or Dandi Satyagraha. It was a nonviolent protest which was led by Mahatma Gandhi in Colonial India. It started on 12th March 1930 and ended on 6th April 1930. It was twenty-four days in March to protest against the British salt monopoly and resistance to taxes for salt. The protest led by Mahatma Gandhi aimed to make salt tax-free in India. As the March started it only had 80 people, but as it grew stronger with 50,000 protestors, it became a historical protest in the Indian History and a huge step in the freedom struggle of India. Salt Satyagraha is one of the major non-violent protests in India.

The twenty-four days long civil disobedience movement led to the Gandhi-Irwin Pact which favored the Indian freedom struggle. In the pact it was decided that civil disobedience would be ended by Indians, the salt will be allowed for domestic use for everyone, the arrested Indians for breaking the salt law were released and Gandhi was allowed to attend the second round table conference.

1. What was the Salt-Satyagraha?
Ans. The Salt Satyagraha was a civil disobedience movement led by Mahatma Gandhi. The Satyagraha was against the salt taxes imposed by the British government.