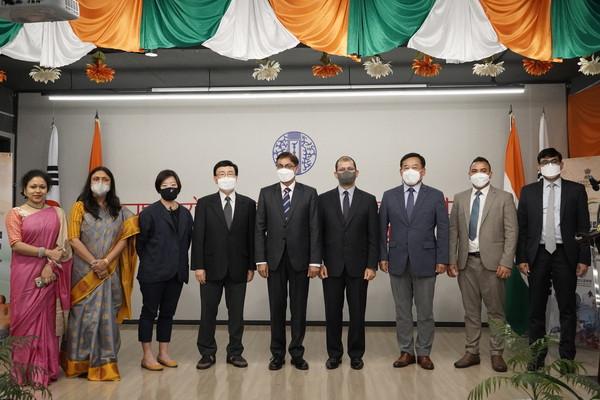 The 8th edition of annual flagship cultural program of Embassy of India, Seoul ‘SARANG– The Festival of India in Republic of Korea’ will be held from Sept. 30 through Oct. 14, 2022 in offline mode at various locations across the country after a two-year hiatus due to COVID-19 pandemic.

Starting in 2015, SARANG has emerged as a prominent Indian cultural festival, introducing India’s colorful and diverse heritage and has, since then, grown in size, scale and popularity, promoting India’s soft power in its truest sense and contributing to its rich civilizational legacy and cultural vibrancy.

The word SARANG has a very meaningful interpretation for both Koreans and Indians. SARANG in Korean means ‘love’ and for Indians it refers to ‘diversity representing different colors of India’. As a part of this festival, it is our endeavor to showcase the rich cultural diversity of India represented through various art forms including dance, drama, music, films and cuisine. This depiction of India in its entirety captures the hearts and minds of the local community in Korea and strengthens the love and friendship between the people of the two countries.

The Evolution Of SARANG:

This Festival has been organized every year since the year 2015 in partnership with various local bodies. The aim has been to introduce Indian dance, music, film, cuisine and art to the people of Korea. We have succeeded to a great extent in this quest and SARANG has now become a much looked forward event in the Korean cultural calendar. Usually, it extends for over a month and travels through different cities of Republic of Korea.