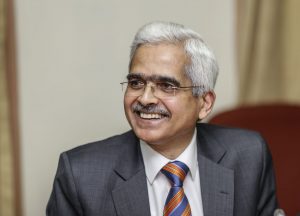 The 40th Meeting of the SAARCFINANCE Governors’ Group was held virtually, under the Chairmanship of Shri Shaktikanta Das, Governor, RBI. The meeting was attended by the Governors from SAARC central banks. During the meeting, Mr Das also inaugurated the SAARCFINANCE Sync, a closed user group secure communication network.

The meeting was attended by the Governors from SAARC central banks: