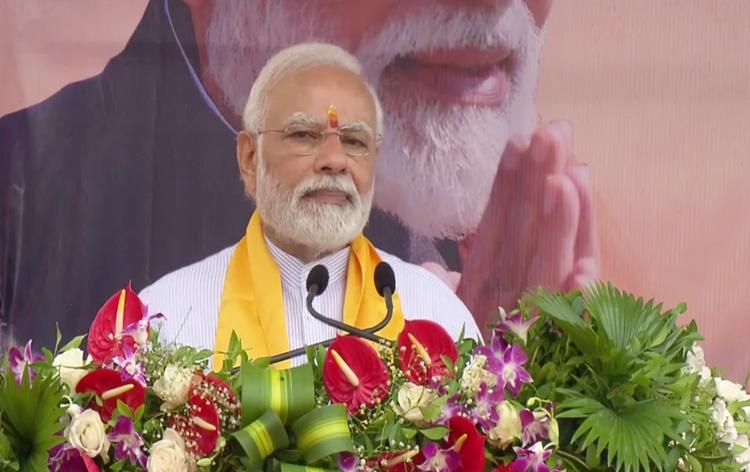 Prime Minister Narendra Modi unveiled the renovated Shree Kalika Mata temple at Pavagadh Hill in Gujarat’s Panchmahal district. At the temple, he also conducted Puja with customary customs. A ‘Dhwaja’ was raised at full mast atop the shrine by Mr. Modi. This majestic Mahakali temple’s sanctum sanctorum is composed of gold. It is one of the region’s oldest temples and draws a huge number of pilgrims.