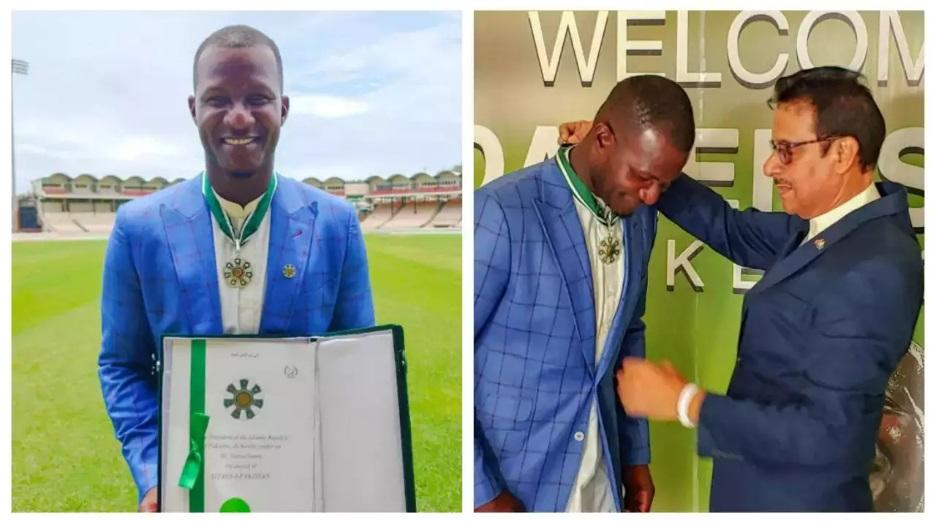 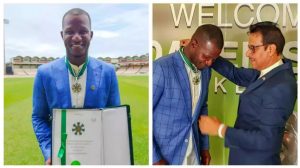 Former West Indies captain, Daren Sammy has been conferred with the Sitara-i-Pakistan Award for Services to Pakistan during a ceremony. The 38-year-old all-rounder was being recognized for his role in helping bring international cricket back to Pakistan. It is the third-highest civil award conferred by Pakistan.  He represented West Indies in 38 Tests, 126 ODIs, and 68 T20Is, has been one of the best captains that the world has seen in the T20 format and he captained a lot of franchises around the world.

Sammy, who led the West Indies to two T20 World titles (2012 and 2016), was receiving his second civil honour from Pakistan in as many years. In March 2020, he received the highest civilian medal of Pakistan, Nishan-e-Pakistan, for his part in helping bring international cricket back to Pakistan. He was also awarded honorary Pakistani citizenship by the President of Pakistan Arif Alvi.