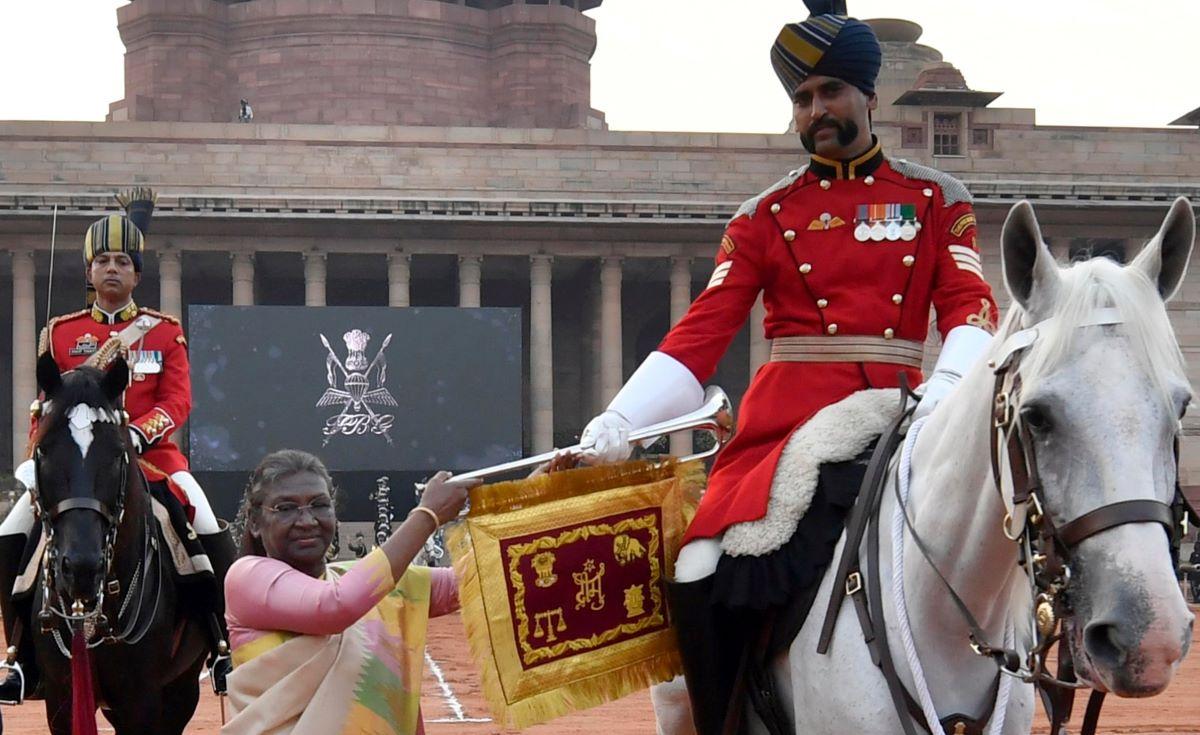 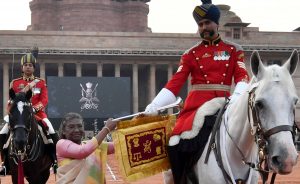 The President of India, Smt Droupadi Murmu, presented the Silver Trumpet and Trumpet Banner to the President’s Bodyguard (PBG) at a ceremony held at Rashtrapati Bhavan, Delhi. The President appreciated PBG for their excellent military traditions, professionalism and discipline in all their tasks. She said that the nation is proud of them. She expressed confidence that they will strive with dedication, discipline and valour, to maintain the highest traditions of Rashtrapati Bhavan and be an ideal role model for other Regiments of the Indian Army.