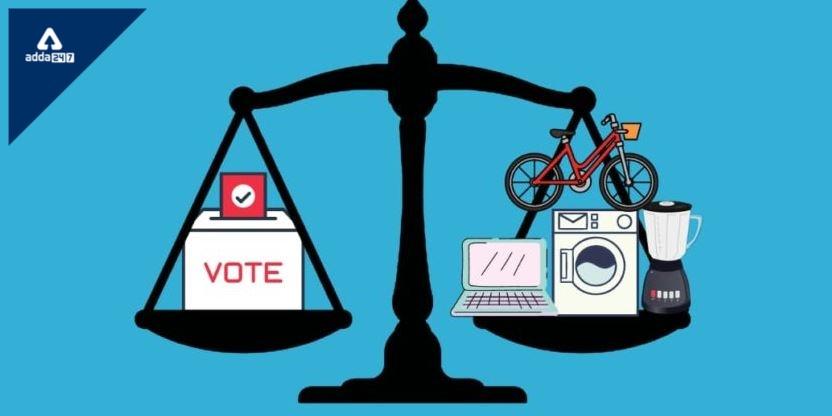 The Supreme court in its judgment said that, Distribution of freebies of any kind, undoubtedly, influences all people and helps in the electoral politics.

ECI Response with regards to this:

The Election Commission of India(ECI) said that, it can neither stops the political parties from making promises of freebies nor act against them in absence of a law to de-register political parties for making any unreasonable promises to the voters.

1.The continuity of freebies is another major disadvantage as parties keep on coming up with lucrative offers to lure more number of votes to minimize the risk of losing in the elections.

2.People forget that such benefits are been given at the cost of the exchequer and from the tax paid. Which ultimately impacts the economic health of the state.

3.The politicians and middlemen wipe away the benefits and the poor have to suffer as they are deprived of their share of benefits which was to be achieved out of the money. So, ultimately the poor have to take all the burden.

4.Such distribution freebie commodity largely disrupts demand-supply dynamics and hence puts pressure on the prices of the commodities.

5.The psychologically driving sections of the population expect and the government promptly responds with immediate monetary relief. A short-term phenomena which affect long term prospects of the country and the people as a whole.

The Finance Commission, while making allocations to the States, can take into account the debts of each state and examine whether offers of freebies would be viable for them or not, and act accordingly, so that a parity would be achieved.