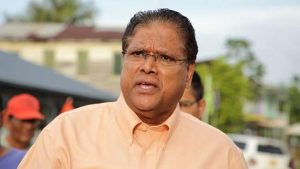 Indian-origin, Chandrikapersad ‘Chan’ Santokhi has been elected the president of South American country “Suriname”. A former Justice Minister, Santokhi of the Progressive Reform Party (PRP) was elected unopposed. He will succeed Desi Bouterse, a former military strongman, whose National Party of Suriname (NPS) lost the election in May as he sent the country to an economic precipice.

Suriname is a former Dutch colony where people of Indian descent make up the largest ethnic group comprising 27.4 per cent of the population of 587,000.

Chandrikapersad Santokhi was trained in a police academy in the Netherlands and rose to be the chief police commissioner of Suriname. He later served as the justice minister in an earlier administration in 2005.