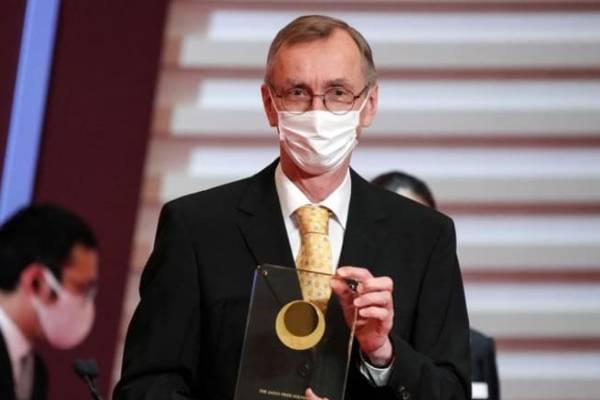 Swedish scientist Svante Paabo has won the 2022 Nobel Prize in Physiology or Medicine for his discoveries “concerning the genomes of extinct hominins and human evolution”, the awarding body said. “Through his pioneering research, Svante Paabo accomplished something seemingly impossible: sequencing the genome of the Neanderthal, an extinct relative of present-day humans. He also made the sensational discovery of a previously unknown hominin, Denisova,” the Nobel committee said.

The jury highlighted that Paabo, the director of the department of genetics at the Max Planck Institute for Evolutionary Anthropology, had also discovered that gene transfer had occurred from these now extinct hominins to Homo sapiens following the migration out of Africa some 70,000 years ago. “This ancient flow of genes to present-day humans has physiological relevance today, for example affecting how our immune system reacts to infections”, the jury said. Moreover, COVID-19 patients with a snippet of Neanderthal DNA run a higher risk of severe complications from the disease, Paabo reported in a 2020 study.

What The Committee Said:

Commenting on the Swedish scientist’s work, Juleen Zierath, from the Nobel Committee, in Stockholm: “Humankind has been interested in our origins forever, and Svante Praabo was able to solve part of that puzzle for us by sequencing the genome of some of our closest relatives – the Neanderthal and the Denisova. “We now understand better what makes us unique from these close relatives.”

What The Nobel Laureate Said:

The prize, arguably among the most prestigious in the scientific world, is awarded by the Nobel Assembly of Sweden’s Karolinska Institute and is worth 10 million Swedish crowns ($900,357). Thomas Perlmann, the secretary for the Nobel Committee for Physiology or Medicine who called Paabo with the news of his win, said the 67-year-old was “overwhelmed” and “speechless”. He asked if he could tell anyone and asked if he could tell his wife and I said that was ok. He was incredibly thrilled about this award,” Perlmann added.

About The Last Year Nobel:

Last year, the prize went to US pair David Julius and Ardem Patapoutian for discoveries on receptors for temperature and touch, which have been used to develop treatments for a wide range of diseases and conditions, including chronic pain.

What Is Genome Sequencing:

A laboratory method that is used to determine the entire genetic makeup of a specific organism or cell type. This method can be used to find changes in areas of the genome. These changes may help scientists understand how specific diseases, such as cancer, form. Results of genomic sequencing may also be used to diagnose and treat disease.