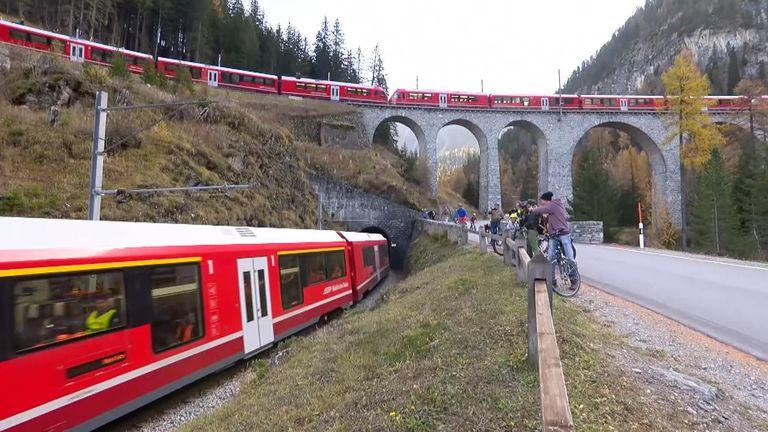 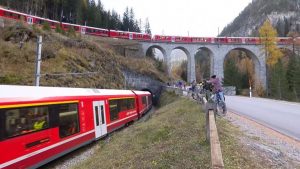 Switzerland is now home to the world’s longest passenger train. The train has 100 coaches, measures 1910 metres and consists of 4,550 seats. The train was seen passing through the mountainous landscape in the Swiss Alps. Celebrating the 175th anniversary of Switzerland’s first railway, the country’s railway operators came together to create the new Guinness World Record-holding train which tows 100 carriages, weighs 2,990 tons, and measures 1.91 km (1.19 miles) long.

The train carried 150 passengers on its journey. It wound through dazzling sunshine reflecting off its shiny-silver roof. The train also comes with a digital destination sign on the front that reads “Alpine Cruise” It took the spectacular Albula-Bernina route, listed as a UNESCO World Heritage site. The route covered nearly 25 kilometres from Preda to Alvaneu in less than 45 minutes. It passed through 22 helical tunnels and crossed 48 bridges on its way.