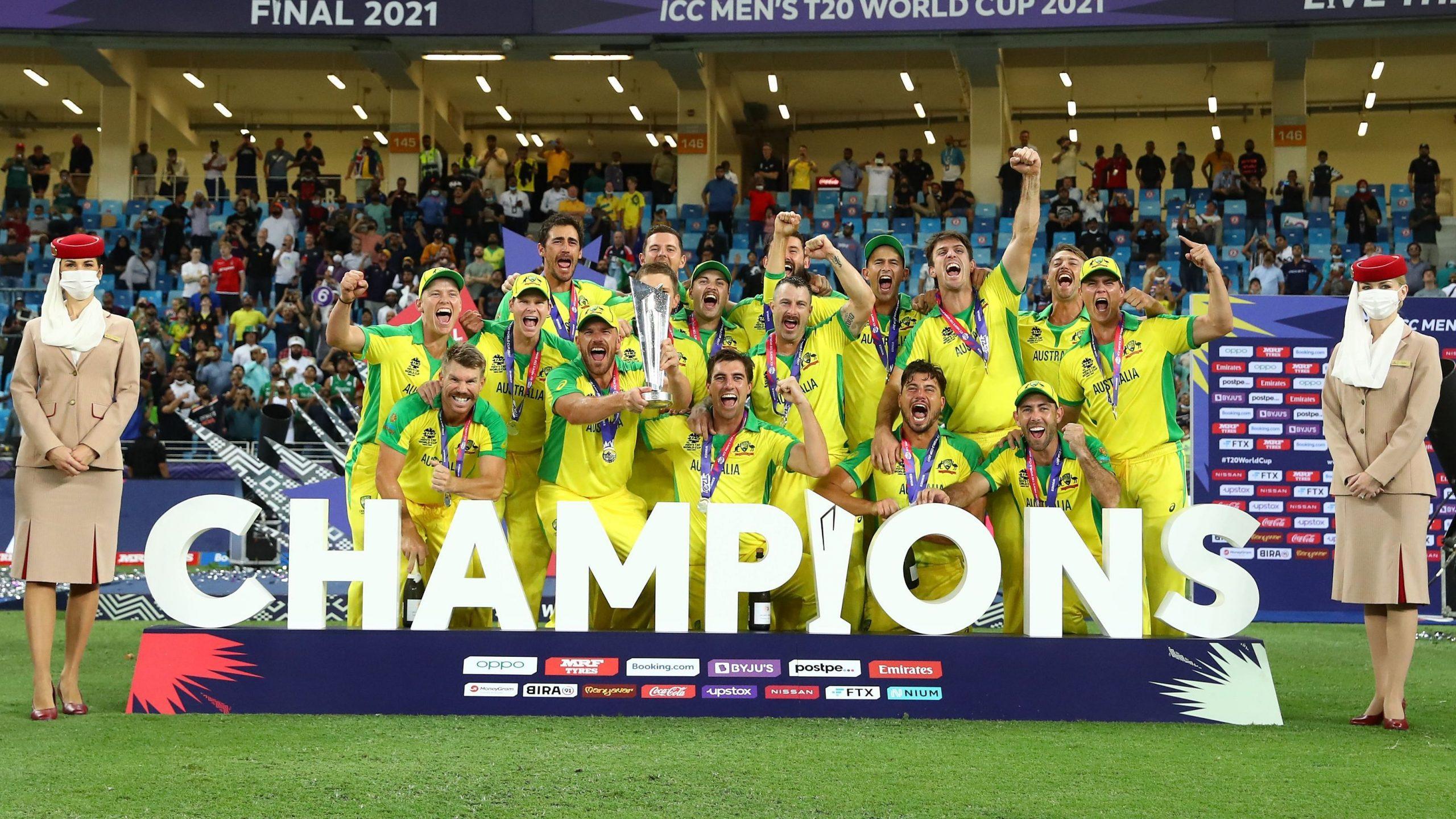 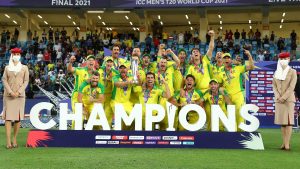 Australia won their maiden T20 World Cup title as they defeated New Zealand in the final by 8 wickets. A target of 173 in a global final is never easy but Marsh with his power and reach made it look like a walk in the park in the company of David Warner (53 off 38 balls), who also turned the wheels of fortune for himself and his team during a victory, achieved in 18.5 overs. Mitchell Marsh was named as the player of the match.

ICC Men’s T20 World Cup 2021 had begun on 17th October 2021 at the Oman Cricket Academy Ground, the final match was commenced on 14th November in Dubai when the tournament’s two best teams Australia and New Zealand met in a decider. The event which was to be held in India shifted to UAE and Oman due to the COVID-19 situation in India. BCCI, however, will continue to be the host of the event.

The detailed analysis on ICC Men’s T20 World Cup winners  list, Runner Up, Player of the Series, Top Run Scorer, Highest Wicket Taker and Venue are given below: