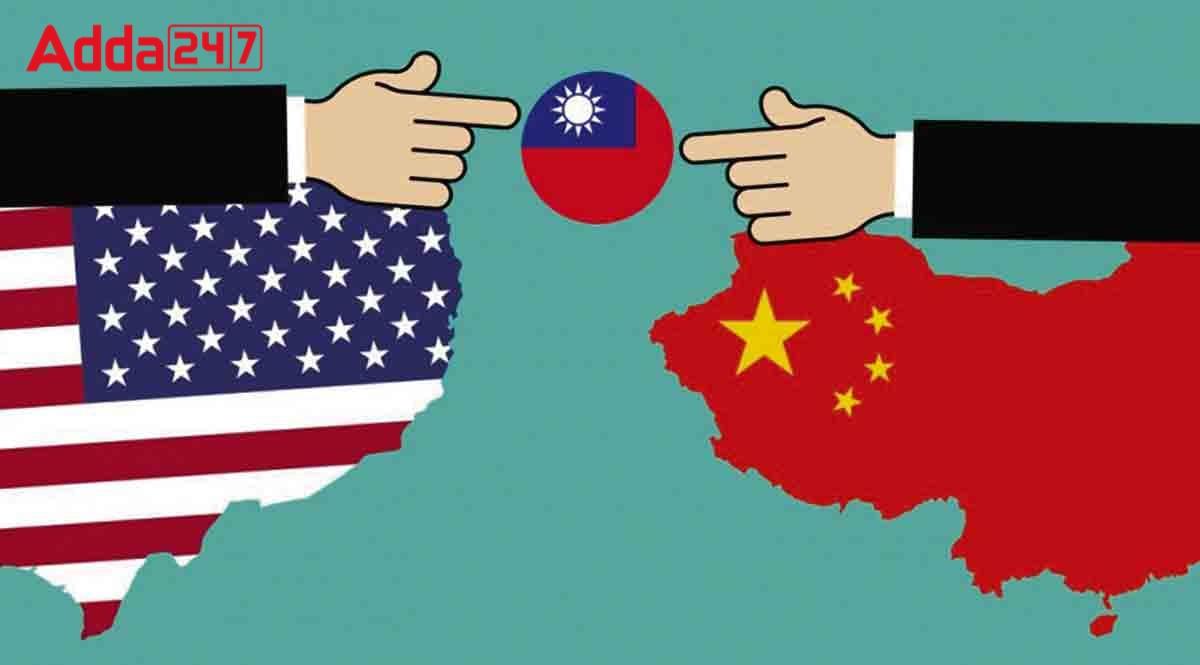 Taiwan is crucial for power ambition. No country can become superpower without establishing regional hegemony. The US is protected by the World’s two largest ocean that has made her Great power, same with soviet union. China knows if it wants to become global power, it cant be caged in terms of naval power. And china is surrounded by crowded neighbous which acts as obstacle in its ambition.

1)Taiwan known as Republic of China(RoC), an island separated from China by Taiwan strait.
2) Separated in 1949, amid civil war China considers Taiwan a part of its territory.
3) The ruling Kuo-Mintang (Nationalist) government of China fled to Taiwan after being defeated by the communist forces in the Chinese civil war of 1945-1949.
4) Following the split of China and Taiwan in the civil war, the Republic of China (RoC) government was relocated to Taiwan. On the other hand, The Communist Party of China (CPC) established the People’s Republic of China (PRC) in the mainland. Since then, the PRC observes Taiwan as a traitor province and awaits reintegration with Taiwan
5) Beijing says One China policy and Taiwan is inseparable part of China.
6) Beijing says Taiwan is bound by 1992 consensus which was reached between Chinese Communist Party and Kuo-Mingtang Party that then ruled Taiwan.
7) For china two sides of Strait belong to one china but democratic progressive party in Taiwan do not agree to this.
8) Taiwan strait – busiest shipping route
9) Island location – connecting Japan and South china sea, has high geopolitical significance.
US relationship with Taiwan: It is governed by One China policy. It’s balance between supporting Taiwan and preventing war with China. It is based on Taiwan relation Act and declassified SIX ASSURANCE given by former president Ronald Regan to Taiwan in 1982:

1. Taiwan is a part of China.
2. USA will sell arms to Taiwan.
3. Rejected use of force to settle dispute.
4. Policy of strategic ambiguity.

1)President Joe Biden’s statement – US will come to Taiwan’s defence if china attacks.
2) Nancy Pelosi (Speaker of US house of representative) visited Taiwan is seen as provocation by USA to China and attack on its sovereignty.
3) Recently, US congress enacted Taiwan Policy act 2022 – designated Taiwan as Major Non-NATO ally.
4) Strategic and defence support to Taiwan through F16 aircraft, Harpoon missile, etc.

1) President Xi of China – One country two system is unpopular in Taiwan. Integrate Taiwan fully in china through one nation one system, its Chinese dream project by 2049.
2) Russia’s invasion embolden Beijing to invade Taiwan.

1)India officially supports One China policy but representatives of Taiwan have their base in India.
2)PM Manmohan Singh dropped its mentioning during Chinese premier visit in 2010 and also PM Modi invited Taiwan ambassador for swearing ceremony. Thus, India has been moving away from the policy of appeasing China.