READ ON APP
Home Books and Authors “The India Way: Strategies for an Uncertain World” authored by Dr. S... 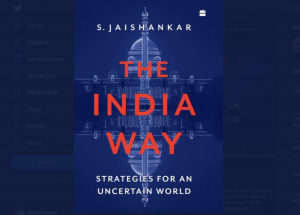 The former diplomat, and current Minister of External Affairs in the Government of India, S Jaishankar, is releasing his new book “The India Way: Strategies for an Uncertain World”. The book was published under the HarperCollins India publications.

Jaishankar writes in the book that India has had to struggle mightily to gain influence in a domain that could have come more easily earlier as its foreign policy carries “three major burdens” from its past. The three burdens in detail:

A book titled ‘The Battle of Belonging’ authored by Shashi Tharoor