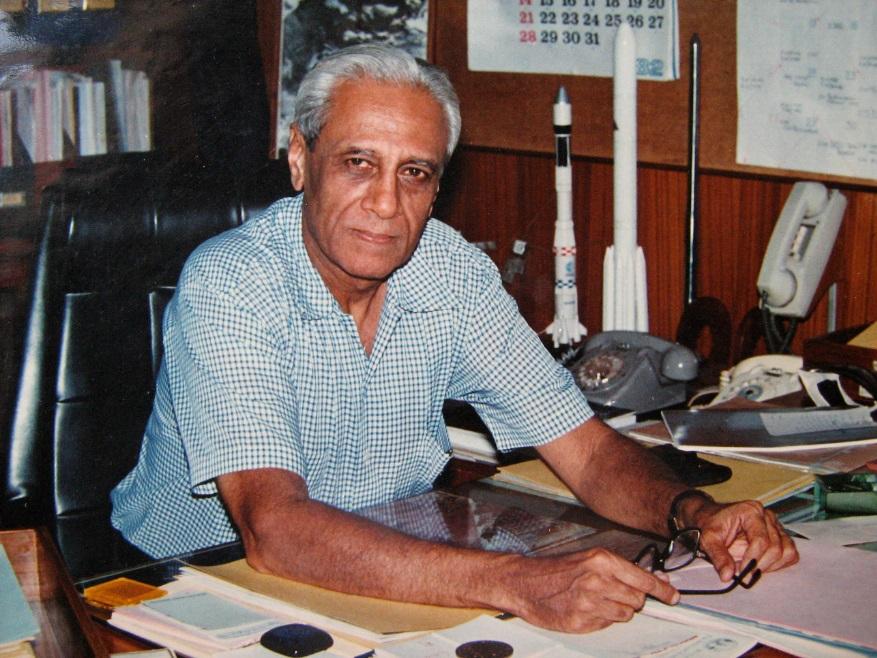 Dr. Satish Dhawan (25 September 1920 – 3 January 2002) was an Indian mathematician and aerospace engineer, widely regarded as the “father of experimental fluid dynamics research in India”. Born in Srinagar, Dhawan was educated in India and further on in United States. Dhawan was one of the most eminent researchers in the field of turbulence and boundary layers, leading the successful and indigenous development of the Indian space programme. He succeeded M. G. K. Menon, as the third chairman of the Indian Space Research Organisation (ISRO) in 1972.

Graduated from the University of the Punjab in Lahore, British India (now in Pakistan), where he completed a Bachelor of Science in physics and mathematics, a bachelor’s degree in Mechanical Engineering and a Master of Arts in English literature.

APJ Abdul Kalam explained that in 1979 when he was the director of a Satellite Launch Vehicle, the mission failed to launch the satellite in the orbit. Instead, it was put into Bay of Bengal. Abdul Kalam’s team knew that there was a leakage in the fuel of the system, but they hoped that the leakage was negligible, and thus they thought there was enough fuel in the system. This miscalculation lead to the failure. Satish Dhawan, being the chairman at the time, called Abdul Kalam and conveyed to the press; “We failed! But I have very strong trust in my team and I believe that next time we will definitely succeed”. This surprised Abdul Kalam, as the blame of the failure was taken by the chairman of ISRO. The next mission was prepared and launched successfully in 1980. When this succeeded, Satish Dhawan told Abdul Kalam to attend the press meet without his presence. It was observed that when the team failed, he took the blame. But when the team succeeded, he attributed the success to his team, thus portraying the picture of an ideal leader.

Dhawan died on 3 January 2002 in Bangalore. Following his death, the satellite launch center at Sriharikota, Andhra Pradesh, located about 100 km north of Chennai in South India, was renamed to the Satish Dhawan Space Centre. Satish Chander Dhawan Government College For Boys in Ludhiana is named after him. Department of Mechanical Engineering Building at Indian Institute of Technology Ropar is also named after him as Satish Dhawan Block, IIT Ropar. The Computer Centre of Uttar Pradesh Textile Technology Institute Kanpur is also named as Prof Satish Dhawan Computer Centre in year 2019.

Satish Dhawan was born on 25 September 1920 in Srinagar in the state of Jammu and Kashmir, India, in a Saraiki Hindu family. His father came from Dera Ismail Khan, and Satish Dhawan grew up in Lahore and Kashmir. He was married to Nalini Dhawan, a cytogeneticist, and his daughter Jyotsna Dhawan is serving as Senior Principal Scientist in the Centre for Cellular and Molecular Biology.