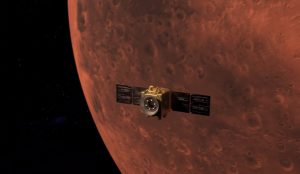 The United Arab Emirates (UAE) has put a probe called Hope in the orbit around the MARS. UAE has become the fifth country to launch the spacecraft into the orbit of MARS after United States, Soviet Union, Europe and India. With the successful launch of spacecraft in orbit, UAE scientists can now study the planet’s atmosphere.

The space mission will carry the study on daily and seasonal weather cycles and weather events such as dust storm in the lower atmosphere. It will study how the weather varies in different regions on the MARS.