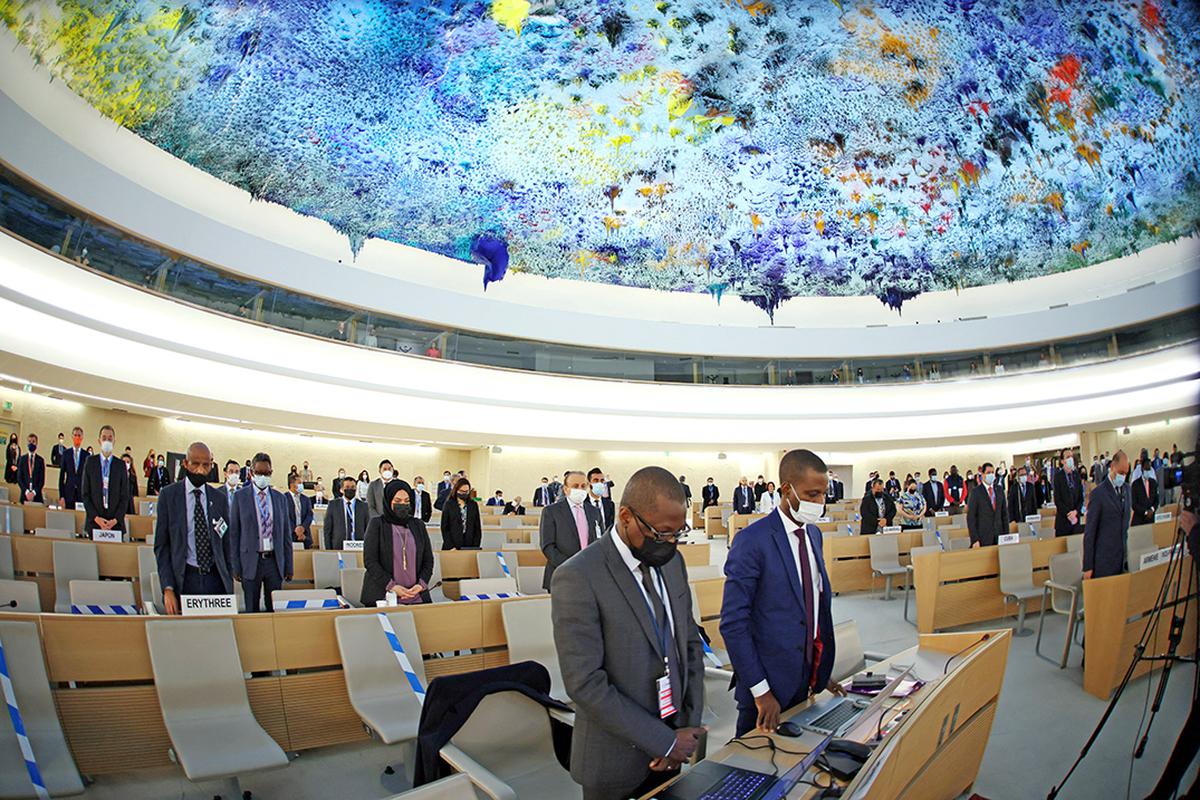 The U.N. Human Rights Council voted to condemn the bloody crackdown on peaceful protests in Iran and create an independent fact-finding mission to investigate alleged abuses, particularly those committed against women and children.

More About The Issue:

The session in Geneva is the latest international effort to put pressure on Iran over its crackdown, which has already drawn international sanctions and other measures. A resolution put forward by Germany and Iceland was backed by 25 countries, including the United States and many European, Latin American, Asian and African nations. Six countries opposed the move — China, Pakistan, Cuba, Eritrea, Venezuela and Armenia — while 16 abstained.

The United Nations’ top human rights official had earlier appealed to Iran’s government to halt the crackdown against protesters, but Tehran’s envoy at a special Human Rights Council on the country’s “deteriorating” rights situation was defiant and unbowed, blasting the initiative as “politically motivated.”

The protests were triggered by the death, more than two months ago, of 22-year-old Mahsa Amini while in the custody of the morality police for violating a strictly enforced Islamic dress code.

What The West Is Saying:

German Foreign Minister Annalena Baerbock, who was on hand, said the situation presented “a test of our courage.”

“The United Nations were founded to protect the sovereignty of every state, but a regime that uses this power to violate the rights of its own people is violating the values of our United Nations,” she said.

“On many occasions, we have called upon Iran to respect these rights to stop the violent crackdown on protesters, the bloodshed, the arbitrary killing, the mass arrests, the death penalties,” Baerbock said. “The only answer we received was more violence, more death.”

What The Iran Is Saying:

Khadijeh Karimi, deputy of Iran’s vice president for Women and Family Affairs, criticized the Western effort as part of a “politically motivated move of Germany to distort the situation of human rights in Iran.”

“The Islamic Republic of Iran deeply regrets that the Human Rights Council is abused once again by some arrogant states to antagonize a sovereign U.N. member state that is fully committed to its obligation to promote and protect the human rights,” Karimi said.

What The UN Said:

The U.N. human rights chief, Volker Türk, expressed concerns that Iran’s government has not been listening to the world community.

“The people of Iran, from all walks of life across ethnicities, across ages, are demanding change. These protests are rooted in long standing denials of freedoms, in legal and structural inequalities, in lack of access to information and Internet shutdowns,” he said.

About The UN Human Rights Council:

It is an intergovernmental body within the United Nations system.

Membership  of the Council: