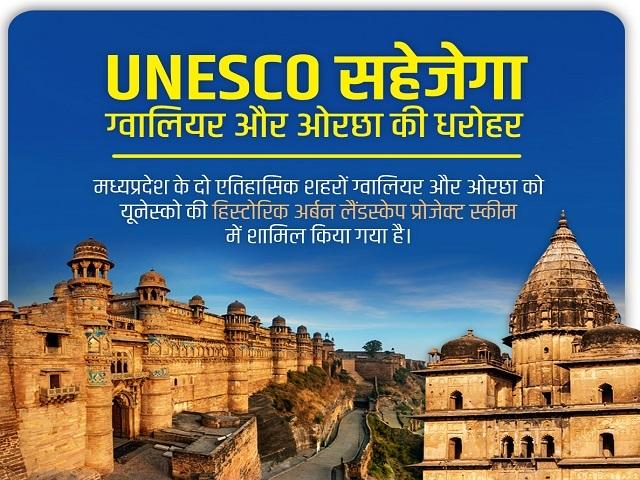 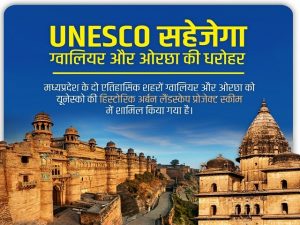 In the state of Madhya Pradesh, the cities of Orchha and Gwalior have been selected by UNESCO under its ‘Historic Urban Landscape Project.’ This project was started in the year 2011. UNESCO’s Historic Urban Landscape project for the cities of Orchha and Gwalior was launched through video conferencing by the Chief Minister of Madhya Pradesh Shivraj Singh Chouhan.