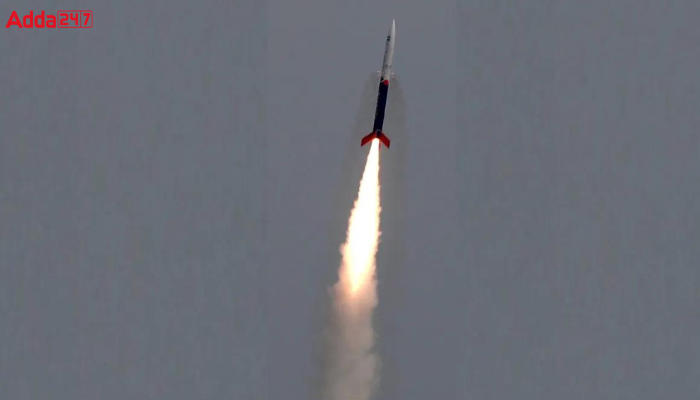 Vikram-S Rocket, India’s first privately developed rocket launched from the Indian Space Research Organization (ISRO) at the Sriharikota launchpad. The launch of Vikram-S Rocket by ISRO is a historic moment.

The Vikram-S Rocket is developed by Hyderabad-based start-up Skyroot Aerospace Private Limited, and it is a 6-meter gall and hits a peak altitude of 89.5 kilometers. After five minutes of launch, the Vikram-S Rocket splashed into the Bay of Bengal. The mission was titled Prarambh.

The Vikram-S Rocket is equipped with a gross lift-off mass of 545kg, and a payload mass of 80kg. Vikram-S carried three customer payloads which will map the measurement and validation of certain flight parameters and payload integration processes.

A historic moment for India as the rocket Vikram-S, developed by Skyroot Aerospace, took off from Sriharikota today! It is an important milestone in the journey of India’s private space industry. Congrats to @isro & @INSPACeIND for enabling this feat. pic.twitter.com/IqQ8D5Ydh4

The Skyroot firm was launched in June 2018 by two engineers Pawan Kumar Chandana and Naga Bharath Daka. The firm aims to open space for all, he is pushing the boundaries of today’s techno. It is working towards a future where space becomes a part of our lives and claims that such a transition will transform humankind like never before.

Initially, Skyroot built ticket components to send satellites into space. After the Indian government opened the sector to private firms, it promptly signed up with ISRO, which allows the such players to use the agency’s launching facilities. The start-up formally entered the space and technology industry with an agreement with ISRO in September 2011.

Key Points related to the Vikram-S Rocket launch by Skyroot