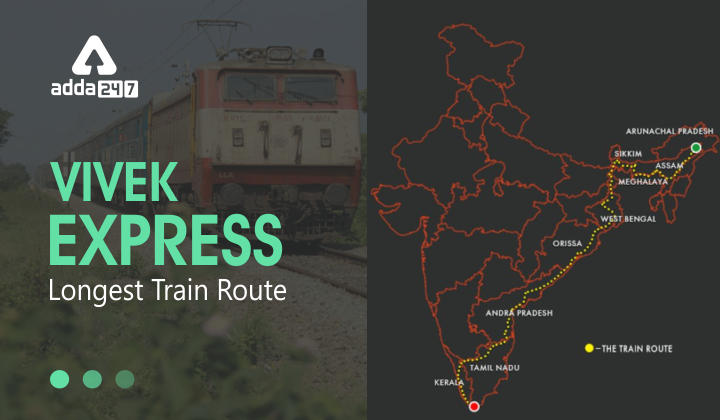 The Vivek Express holds the title of the longest train route in the country which runs from Dibrugarh in Assam to Kanyakumari in Tamil Nadu. It covers 4247 km of distance and nine States. There is a network of more than ten thousand kilometers of railway lines. This network connects the far and near states together. The farthest Indian railway network is 4247 km long, which is also the longest train route in the country both in terms of distance and time.

Under the Vivek Express initiation, Dibrugarh to Kanyakumari route was one of the four routes that work out on the Indian map. The other Vivek Express trains have different routes which are Okha, Gujarat to Thoothukudi Tamil Nadu; Bandra to Mumbai to Katra, Jammu; Howrah, West Bengal to Bengaluru Karnataka. The Vivek Express ranks 24th in the world’s longest train route, the first position is held by the Trans-Siberian railway that connects Moscow and Vladivostok, it takes 6 days and covers 9250 kilometers of the journey to complete the railway network.