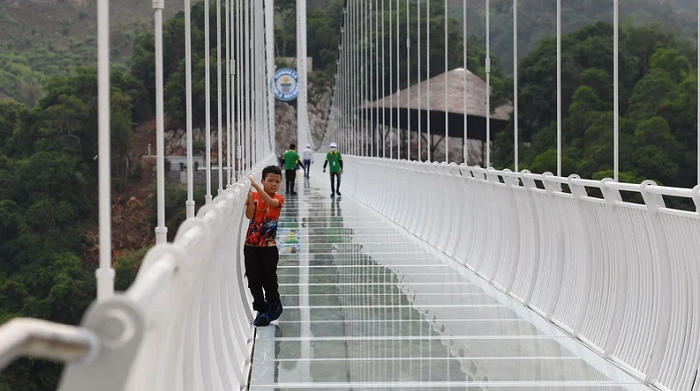 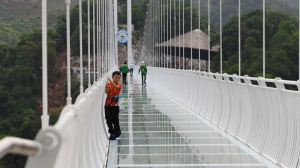 World’s Largest Glass Bottom Bridge was opened in Vietnam. It is called Vietnam’s Bach Long pedestrian bridge, which is 632m (2,073ft) long and located 150m (492ft) above a huge jungle. As per the reports, the Asian country has opened a glass-bottomed bridge suspended above a lush jungle. It surpasses a 526m Glass Bottom Bridge in Guangdong, China.

The Bach Long pedestrian bridge means ‘white dragon’ in Vietnamese. The bridge suspends above the rainforest The bridge can support up to 450 people at a time and the floor of the bridge is made from tempered glass.

The terrifying bridge curves around mountainsides and finally spans a valley between two peaks. Made from French tempered glass, the bridge can support 450 daring visitors at once. The Bach Long Bridge is the country’s third glass bridge although it is arguably the most impressive.

FAQs related to the longest bridge in the world