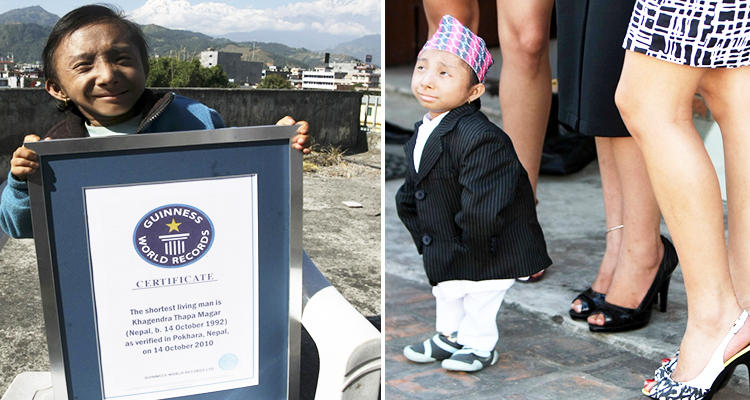 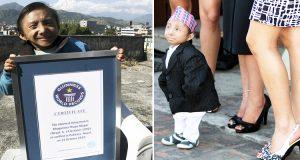 World’s shortest man Khagendra Thapa Magar passed away. He was born on 14 October 1992, stood at 67.08 cm (2 ft 2.41 in) tall. He was born in the Baglung district of Nepal. He first came to the attention of Guinness World Records in early 2010, when he was measured by Records Manager Marco Frigatti on the GWR Italian TV show Lo Show Dei Record and confirmed to be the shortest teenager (male) living. He made his first appearance in the GWR 2011 book, alongside Jyoti Amge, the shortest teenager (female) living.