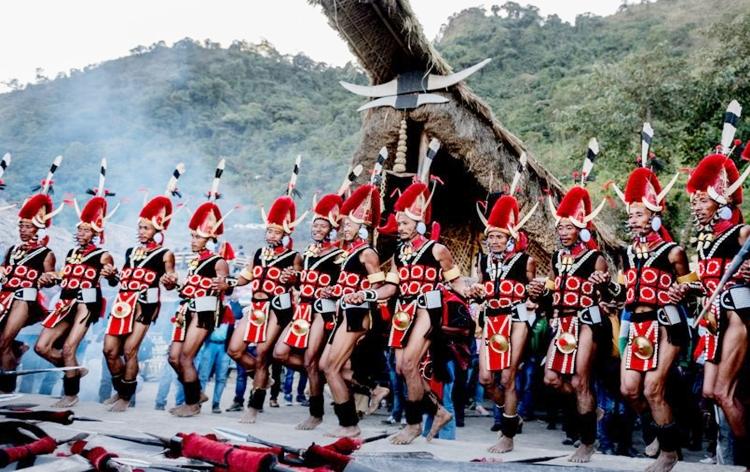 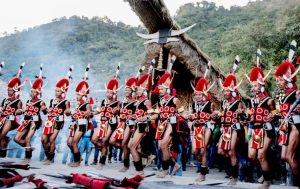 23rd Hornbill Festival 2022 begins at Naga Heritage Village Kisama in Nagaland. Nagaland’s famous Hornbill Festival is scheduled from 1st December to 10th December 2022. Vice President Jagdeep Dhankhar graced the inaugural function of the festival as the Chief Guest. Now it has been more than 20 years that the Hornbill Festival of Nagaland has welcomed visitors from around the world. In 10 days festival, a visitor gets the opportunity to view all the Naga tribes, their culture and distinctiveness in one place.

Hornbill Festival of Nagaland is also popularly known as the ‘Festival of Festivals’ and showcases Nagaland’s rich culture. It is organized by the Government of Nagaland, mainly to encourage inter-tribal interaction and to promote the cultural heritage of Nagaland. This year, in the 10-day festival, more than 130 stalls are set up in Kisama wherein, 100 stalls are taken up by the Micro Small & Medium Enterprises and 32 are temporary stalls. The daily cultural events include activities such as music festivals, photo fest, fashion shows, adventure sports, night carnivals, etc.

Hornbill is an Indian bird also known as the concave-casqued hornbill. It is one of the larger members of the hornbill family and is found in the Indian subcontinent and Southeast Asia. The bird is an important part of tribal culture and is known for its size and colour. Indian Hornbill is a cultural icon of the Naga people and is part of the folklore of most tribes.

Other Popular Festivals of Nagaland