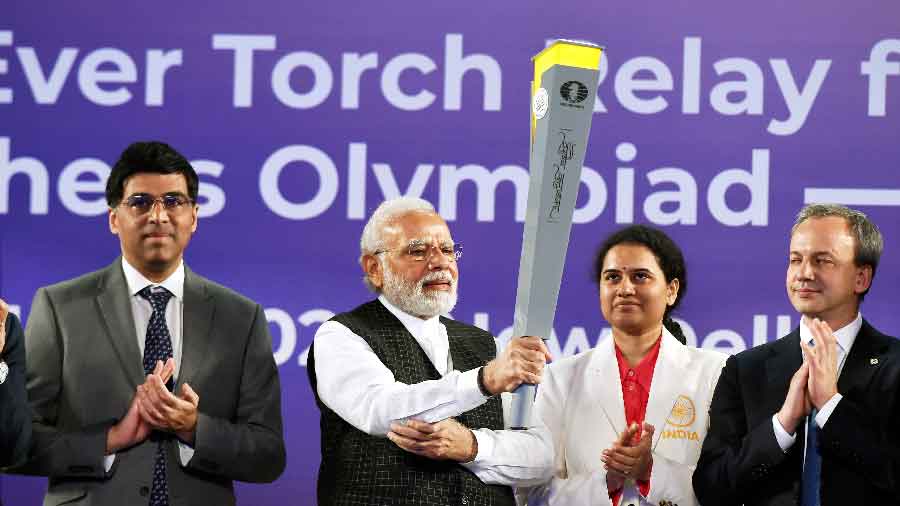 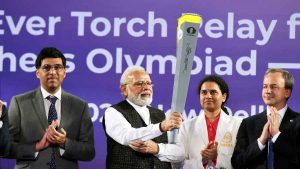 FIDE President Arkady Dvorkovich handed over the torch to Prime Minister, who in turn handed it over to Grandmaster Vishwanathan Anand. This torch will be taken to 75 cities in a span of 40 days before the final culmination at Mahabalipuram near Chennai. At every location, chess grandmasters of the state will receive the torch. The 44th Chess Olympiad will be held in Chennai from 28th July to 10th August, 2022.